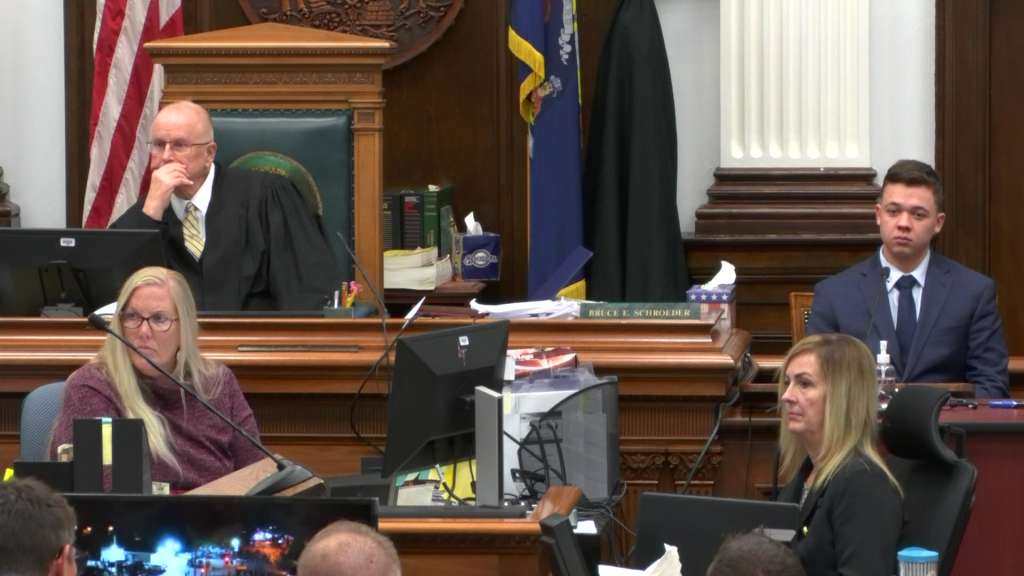 KENOSHA, Wis. (AP) — The judge at Kyle Rittenhouse’s murder trial has dismissed a count of possession of a dangerous weapon by a person under 18.

The charge is only a misdemeanor, but it had appeared to be among the likeliest to net a conviction for prosecutors. There’s no dispute that Rittenhouse was 17 when he carried an AR-style semi-automatic rifle on the streets of Kenosha in August 2020 and used it to kill two men and wound a third.

But the defense argued that Wisconsin’s statute had an exception that could be read to clear Rittenhouse. That exception involves whether or not a rifle or shotgun is short-barreled.

After prosecutors conceded in court Monday that Rittenhouse’s rifle was not short-barreled, Judge Bruce Schroeder dismissed the charge.