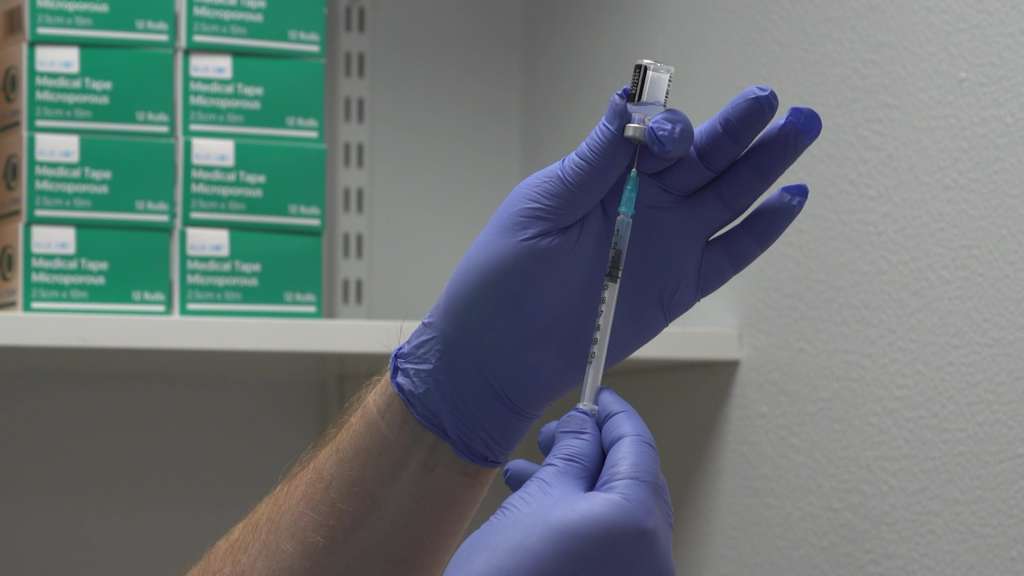 UTICA, N.Y. (AP) — A federal judge temporarily blocked the state of New York on Tuesday from forcing medical workers to be vaccinated after a group of health care workers sued, saying their Constitutional rights were violated because the state’s mandate disallowed religious exemptions.

Judge David Hurd in Utica issued the order after 17 health professionals, including doctors and nurses, claimed in a lawsuit Monday that their rights were violated with a vaccine mandate that disallowed the exemptions.

The judge gave New York state until Sept. 22 to respond to the lawsuit in federal court in Utica. If the state opposes the plaintiffs’ request for a preliminary court order blocking the vaccine mandate, a Sept. 28 oral hearing will occur.

The state issued the order Aug. 28, requiring at least a first shot for health care workers at hospitals and nursing homes by Sept. 27.

Hazel Crampton-Hays, press secretary to New York Gov. Kathy Hochul, said in a statement that the state was considering all of its legal options.

“Governor Hochul is doing everything in her power to protect New Yorkers and combat the Delta variant by increasing vaccine rates across the State. Requiring vaccination of health care workers is critical to this battle,” Crampton-Hays said.

Messages seeking comment also were sent to lawyers for the Thomas More Society who filed the lawsuit.

In their lawsuit, health care professionals disguised their identities with pseudonyms such as “Dr. A.,” “Nurse A.,” and “Physician Liaison X.”

They cited violations of the U.S. Constitution, along with the New York State Human Rights Law and New York City Human Rights Law, because the state Department of Health regulation requiring workers to get the vaccine provided no exemption for “sincere religious beliefs that compel the refusal of such vaccination.”

The court papers said all of the available vaccines employ aborted fetus cell lines in their testing, development or production. But religious leaders have disagreed over the issue and the Vatican issued a statement last year saying the vaccines were “morally acceptable.”

The lawsuit said the plaintiffs wanted to proceed anonymously because they “run the risk of ostracization, threats of harm, immediate firing and other retaliatory consequences if their names become known.”

The plaintiffs, all Christians, included practicing doctors, nurses, a nuclear medicine technologist, a cognitive rehabilitation therapist and a physician’s liaison who all oppose as a matter of religious conviction any medical cooperation in abortion, the lawsuit said.

It added that they are not “anti-vaxxers” who oppose all vaccines.