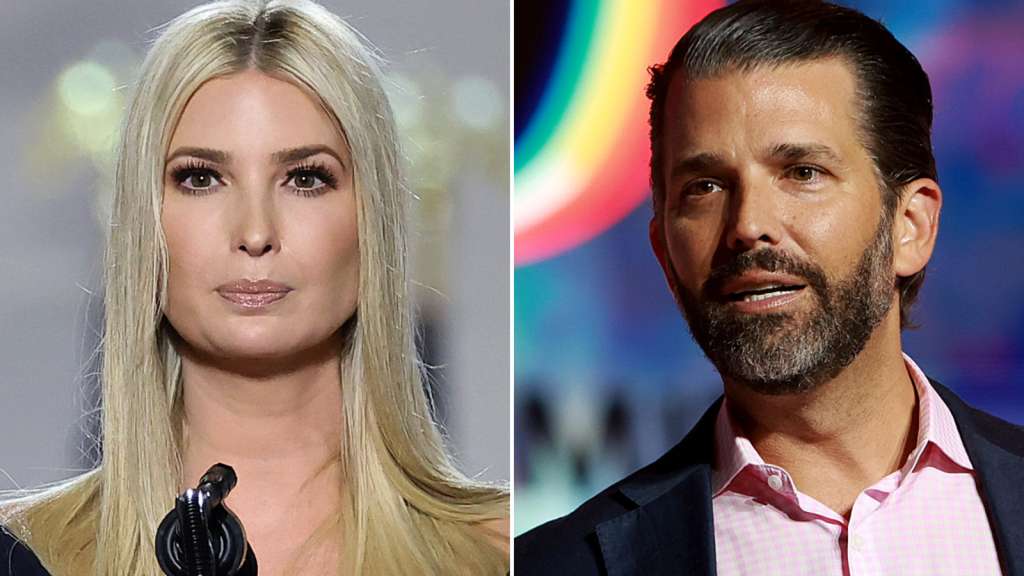 (CNN) — Ivanka Trump and Donald Trump Jr. sat for depositions as part of the New York attorney general’s civil investigation into the Trump Organization’s finances after months of fighting in court, people familiar with the matter told CNN.

Ivanka Trump’s behind-closed-doors deposition took place Wednesday and Trump Jr. had his deposition last Thursday, the people said. The Trumps were originally supposed to sit for questioning last month, but the death of their mother Ivana postponed their testimony.

Trump Jr., who runs the Trump Organization with his brother Eric Trump, did not assert the Fifth Amendment and answered the state’s questions, one of the people said. It is not clear what he was asked or how he answered the questions.

The depositions raise the legal stakes for the Trump family members as they face two investigations, one civil and one criminal, into the accuracy of Trump Organization financial statements.

The former President and the Trump Organization have previously denied any wrongdoing and called the civil investigation by New York Attorney General Letitia James, a Democrat, politically motivated.

Trump Jr.’s decision to answer state questions breaks with that of Eric Trump and former Trump Organization chief financial officer Allen Weisselberg who both asserted their Fifth Amendment right when deposed in 2020.

In a civil case, the jury can draw an “adverse inference” and hold it against individuals who don’t answer questions.

That is not the only calculus at play. There’s been some discussion over the stigma of asserting the Fifth Amendment and how it would play politically, one of the people familiar with the matter said.

By answering questions, Trump Jr. increases his possible legal exposure. He was involved in several properties, including 40 Wall Street, and certified the accuracy of the financial statements from 2017 forward, the attorney general’s office has said. Ivanka Trump was a key liaison with Deutsche Bank, which loaned the Trump Organization more than $300 million.

The financial statements were prepared by accountants inside and outside of the Trump Organization. There is also debate over how the properties were valued given the flexibility over appraisals. The valuations were signed off by Trump’s longtime appraiser Cushman & Wakefield, which is also under investigation.

The firm, which broke ties with Trump after January 6, 2021, has denied any wrongdoing. Banks, which supplied financing, also didn’t lose any money on the loans they underwrote.

The New York attorney general’s investigation is in an advanced stage. Lawyers with the office have said publicly that they expect to take some kind of enforcement action but would engage in discussions with the Trump Organization before a decision was made.

James’ office subpoenaed the Trumps late last year. They moved to block the subpoenas in court, arguing that they shouldn’t have to sit for depositions while there was a criminal investigation. The court rejected their arguments, saying a criminal investigation does not preclude a civil investigation from obtaining evidence. The former President was also held in contempt and fined $110,000 for failing to comply with a subpoena for documents. The judge lifted the contempt order in June.

The criminal investigation, led by Manhattan district attorney Alvin Bragg, has slowed but not stopped. Earlier this year, Bragg would not authorize prosecutors to present evidence before a state grand jury after raising concerns about the strength of the case, CNN has reported. A special grand jury hearing evidence in the case expired in April, but a new one could be seated in the future.

Bragg told CNN in an interview in April: “Anytime you have a parallel civil, criminal investigation, if there’s testimony in that proceeding, obviously we will look at it.”