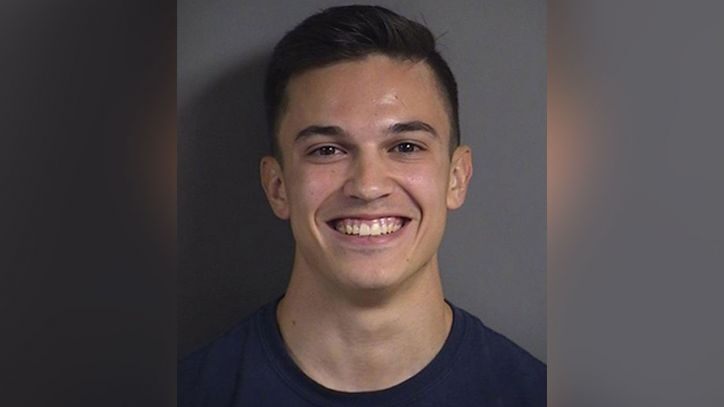 IOWA CITY, Iowa (WSVN) — An Iowa man has been accused of possession of a fake ID while in a bar.

According to the Iowa City Press-Citizen, police arrested 20-year-old Daniel Alfredo Burleson, Friday, after an officer spotted him with a drink in his hand.

Police said when the officer confronted Burleson, he admitted that the drink had vodka in it and refused to show the officer his ID.

Detectives said he was then taken outside of the bar and showed officers his real ID, which confirmed he was under the age of 21.

Officers said they asked Burleson for his fake ID, to which he responded he didn’t have one. However, when Burleson went through his wallet, police said they could see his “fake Hawaii ID with the name ‘McLovin DOB 06/03/1981.”

According to the Iowa City Press-Citizen, when asked where he got the ID from, Burleson responded that he got it from Amazon.

The card is inspired by the 2007 film “Superbad” where a teenage character uses a fake ID bearing the same name to buy alcohol at a liquor store.

According to Fox 11, authorities stated in an arrest report that Burleson “smelled strongly of ingested alcohol and had slurred speech and bloodshot watery eyes.” He was also wearing a wristband from the bar, police said.