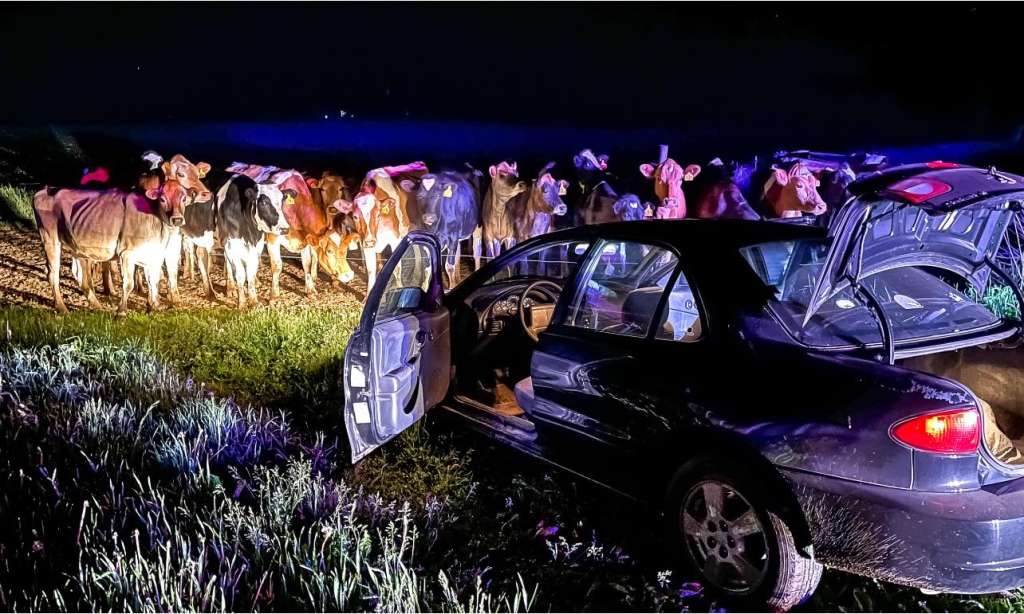 BARRON, Wis. (WSVN) — A suspect fleeing from authorities in Wisconsin ended up being thwarted by a herd of cows.

The Barron County Sheriff’s Department said they were helping city police in a pursuit that spanned about 13 miles Tuesday night.

The driver ultimately began driving through a farm, but deputies say a herd of cows ended up blocking the path.

“That little Cavalier that could during the chase ran out of steam encountering this moooving blockade,” the sheriff’s office wrote.

Deputies said no humans or cows were injured in the incident, and the driver was taken into custody.