Harvest moon to light up the night sky tonight 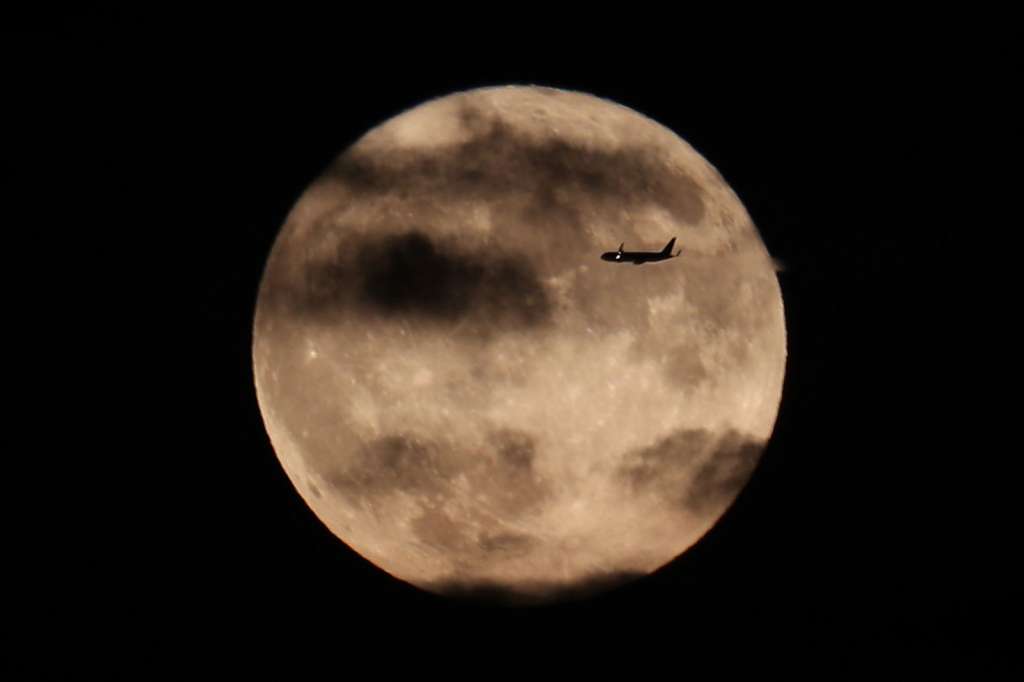 NEW JERSEY, USA - OCTOBER 1: A plane flies through as The Harvest Moon rises behind The Statue of Liberty of New York City as seen from the Liberty State Park in New Jersey, United States on October 1, 2020. (Photo by Tayfun Coskun/Anadolu Agency via Getty Images)

(CNN) — As the fall season approaches and colder temperatures set in, there’s a silver lining to look up to — literally — as the harvest moon makes its debut on September 20, bringing plenty of bright moonlight.

The full moon known as the harvest moon, as it traditionally gave farmers more time to harvest their summer-grown crops into the night, will make its appearance Monday night soon after sunset.

Appearing two days before the autumnal equinox this year, the full moon can first be seen at 7:55 p.m. ET, 17 minutes after sunset, according to NASA.

During the few days surrounding the harvest moon’s appearance, the moonrise will occur within just 25 to 30 minutes across the northern United States and only 10 to 20 minutes in farther north Canada and Europe, according to NASA.

Typically, the moon rises around sunset and about 50 minutes later each day, according to EarthSky. But when a full moon occurs near an autumn equinox, like the harvest moon, the moon rises closer to the time of sunset, creating a dusk-till-dawn moonlight for several nights in a row.

Another quirk to the harvest moon is its color — it may look especially orange. That’s also due to the fact that the harvest moon is closer to the horizon, which creates a greater thickness of Earth’s atmosphere creating an orange hue, according to EarthSky.

It’s been a year of unusual celestial activity, with a rare third full moon, known as a Blue Moon, making an appearance in late August. Typically, it’s more common for a season to have three full moons, however this year there will be four that occur in just one season alone, between the June solstice and September equinox.

Throughout the remainder of 2021, you might be able to catch these space and sky events depending on your location.

The full moons and their names, according to The Old Farmer’s Almanac:

Solar and lunar eclipses, according to The Old Farmer’s Almanac:

• December 4: A total eclipse visible for those in the Falkland Islands, the southern tip of Africa, Antarctica and southeastern Australia.

When planets will be visible

Skywatchers will have multiple opportunities to spot the planets during certain mornings and evenings throughout the rest of 2021, according to the Farmer’s Almanac planetary guide.

Seeing most of these — except Neptune — with the naked eye is possible, but binoculars or a telescope will provide the best view.

Mercury will appear as a bright star in the morning sky from October 18 to November 1. It will shine in the night sky until September 21, and November 29 to December 31.

Venus, our closest neighbor in the solar system, will appear in the western sky at dusk in the evenings through December 31. It’s the second-brightest object in our sky, after the moon.

Mars makes its reddish appearance in the morning sky between November 24 and December 31.

Jupiter, the largest planet in our solar system, is the third-brightest object in our sky. Look for it in the evenings from now until December 31.

Saturn’s rings are only visible through a telescope, but the planet itself can still be seen with the naked eye in the evenings until December 31.

Binoculars or a telescope will help you spot the greenish glow of Uranus in the mornings through November 3 and in the evenings from November 4 to December 31. It will be at its brightest now until December 31.

And our most distant neighbor in the solar system, Neptune, will be visible through a telescope in the evenings now until December 31. It will be at its brightest until November 8.