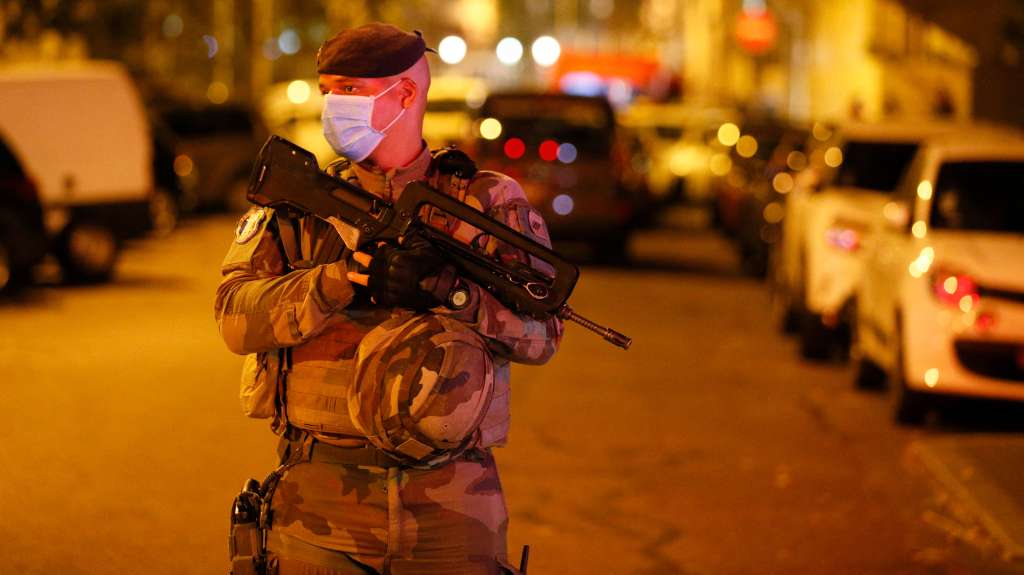 (CNN) — A Greek Orthodox priest who was closing a church in Lyon, France, was shot Saturday by a lone assailant using a sawed-off shotgun, the France National Police said.

The 52-year-old priest was shot in the stomach and his condition is considered life-threatening, according to police and the Lyon prosecutor’s office.

The assailant fled after the shooting and remains at large. A police spokesperson said the shooter was dressed a long black coat and a black beanie, and seemed to be hiding the shotgun under his coat.

Residents of the neighborhood and a municipal police patrol reported hearing two shots near the Hellenic Orthodox church in Lyon’s 7th district on Saturday, the Lyon prosecutor’s office said in a statement.

They saw a person running and later found the wounded priest at the back door of the church, prosecutors said.

A motive for the attack motive remains unknown, according to the statement.

French Prime Minister Jean Castex told reporters that a “serious incident” had occurred but that “we don’t have precise elements yet.” Castex also said a “crisis center” would be activated.

France’s Interior Ministry tweeted that a serious security incident was underway near Lyon’s Jean-Macé quarter and that a security cordon was in place.

The shooting comes only two days after three people were killed in a knife attack at a church in Nice. An investigation into that incident is underway but French President Emmanuel Macron has said the country was under attack by “Islamist and terrorist madness.”

In a pre-recorded interview, Macron told Al Jazeera that violence carried by “some extremist movements and individuals in the name of Islam” is “a problem for all of us.”

The Greek Foreign Ministry issued a statement Saturday condemning the attack “against an Orthodox Priest of Greek origin.”

Following the attack in Nice, France raised its national terror alert guidance to its highest emergency level and up to 4,000 military personnel were being be deployed to boost security at schools, churches and other places of worship.

Emergency level means the “maximum level of vigilance” is necessary in case of an imminent threat or immediately after an attack, according to a French government website.

On October 16, a French high school teacher was beheaded in a suburb of Paris, and an 18-year-old Russian refugee of Chechen origin has been identified as the suspect in the teacher’s death. The attack came after the teacher displayed controversial cartoons of Islam’s Prophet Mohammed during a lesson on freedom of expression, anti-terrorist prosecutor Jean-François Ricard said.

The recent attacks are reminders of the tensions in France’s secular society, which frequently extols the values of free speech and freedom to practice religion. France is home to 5 million Muslims, many of whom live in poorer areas and are often marginalized in politics and media.

Castex was in the village of Saint-Etienne-du-Rouvray in northern France, where he had traveled Saturday to check on the new security measures put in place following the Nice attack.

A Catholic priest, Father Jacques Hamel, was killed in Saint-Etienne-du-Rouvray in 2016 by two Islamist radicals.