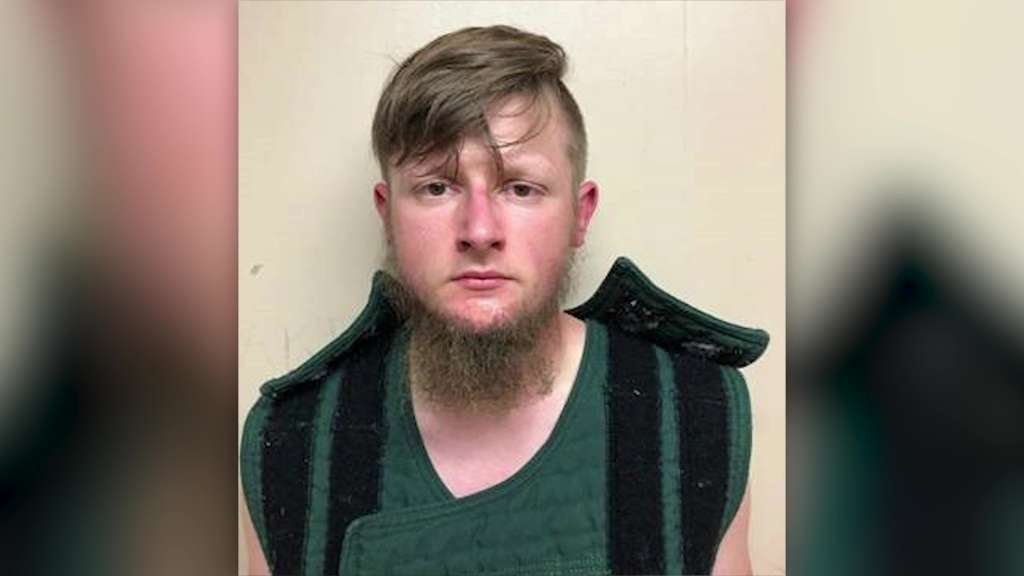 Robert Aaron Long was given four life sentences after pleading guilty to all charges in the first four shooting deaths, saying he wanted to punish the people who enabled his sex acts.

But Cherokee County District Attorney Shannon Wallace told the judge that “this was not any kind of hate crime.” That’s at odds with the hate crime enhancement he faces in Atlanta, and is sure to frustrate observers outraged over his apparent targeting of Asian women in the shootings.

Cherokee County Superior Court Chief Judge Ellen McElyea accepted the plea deal after noting that two of the victims were not Asian, and one was male.

“Once hatred is given a gun, it doesn’t matter who gets in the way. we are all subject to being the victim of a hate crime, whether we belong to that group or not,” the judge said.

Robert Aaron Long faces still faces the death penalty if convicted in four more shooting deaths in Atlanta, where he also faces charges of domestic terrorism in addition to murder. Long is white and six of the victims were women of Asian descent.

Long walked through the massage business in Woodstock “shooting anyone and everyone he saw,” Wallace said. But the prosecutor said he was motivated by a “sex addiction” and his desire to eliminate sources of his temptation, not by any hate against Asians or women.

“All of the evidence that was gathered with regard to Cherokee County, your honor, came to the same conclusion, that this crime was not motivated by a bias or hate against Asian Americans. As for gender bias, Wallace said a hate crime enhancement based on hatred of women would not have significantly extended his sentence.

Wallace said they had planned to seek the death penalty if Long didn’t plead guilty. All the relatives of the victims that they’ve been able to contact are supporting the plea deal in the interests of swift justice, she added.

The American Psychiatric Association does not recognize sex addiction in its main reference guide for mental disorders. While some people struggle to control their sexual behaviors, it’s often linked to other recognized disorders or moral views about sexuality, said David Ley, clinical psychologist and author of “The Myth of Sex Addiction.”

“These sexual behaviors getting this label are a symptom, not a cause,” Ley said.

The prosecutor said the 22-year-old defendant signed a plea deal admitting to all of the charges in Cherokee County, where he was accused of malice murder, felony murder, attempt to commit murder and aggravated assault.

Police have said the attacks began when Long shot and killed four people, three of them women and two of Asian descent, at Youngs Asian Massage just before 5 p.m. on March 16, 2020. He also shot and wounded a fifth person, they say.

Long then drove south to Atlanta, where he shot and killed three women at Gold Spa before going across the street to Aromatherapy Spa and fatally shooting another woman, police have said. All of the Atlanta victims were women of Asian descent.

Long is scheduled to appear again next month in Fulton County, where District Attorney Fani Willis filed notice that she intends to seek a hate crime sentence enhancement along with the death penalty, based on the actual or perceived race, national origin, sex and gender of the four women killed in Atlanta.

Georgia’s new hate crimes law does not provide for a stand-alone hate crime. After a person is convicted of an underlying crime, a jury must determine whether it’s motivated by bias, which carries an additional penalty.

Police said that after the shootings at the two Atlanta spas, Long got back into his car and headed south.

By then, Long’s parents had called authorities to help after recognizing their son in still images from security video that the Cherokee County Sheriff’s Office posted on social media. His parents were already tracking his movements through an application on his phone, the prosecutor said, and that enabled authorities to track their son down Interstate 75.

State troopers and sheriff’s deputies spotted his SUV, and one of them forced Long to spin to a stop by bumping his vehicle. Long then surrendered to authorities in rural Crisp County, about 140 miles (225 kilometers) south of Atlanta.

Long told police his attack was not racially motivated, and a Cherokee sheriff’s spokesman said it did not appear to be a hate crime, prompting widespread skepticism and outrage.

“He apparently has an issue, what he considers a sex addiction, and sees these locations as something that allows him to go to these places, and it’s a temptation for him that he wanted to eliminate,” Cherokee sheriff’s Capt. Jay Baker initially told reporters.

Baker also drew criticism for saying Long had “a really bad day,” and was removed from the case.

State Rep. Bee Nguyen, the first Vietnamese American to serve in the Georgia House and a frequent advocate for women and communities of color, said the shootings appeared to be at the “intersection of gender-based violence, misogyny and xenophobia.” And Atlanta Mayor Keisha Lance Bottoms said that regardless of the shooter’s motivation, “it is unacceptable, it is hateful and it has to stop.”