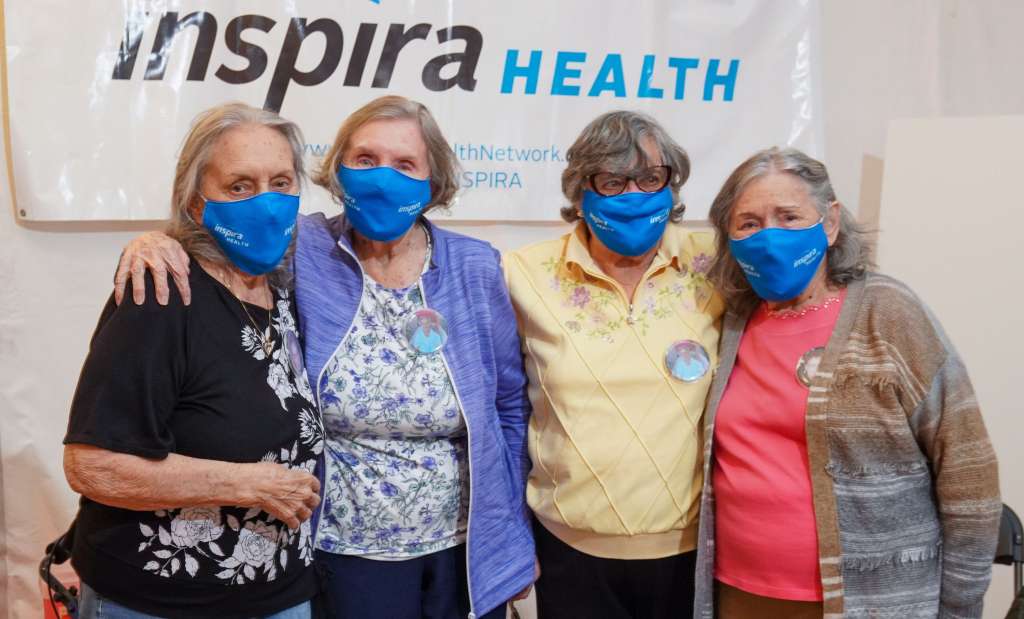 (CNN) — Four elderly sisters in New Jersey haven’t been able to have their regular get-togethers during the coronavirus pandemic, but they made an exception to get their Covid-19 vaccinations.

As children, they were known as the Langley sisters, and the four wore buttons with pictures of their other sisters — Pauline Taylor, who wasn’t able to come, and Doris Papiano, who died in 2011.

It was Cecil’s idea for them to get their shots together, according to Ramsey’s daughter Lori Goldsmid.

It “was my aunt Bernice’s idea to have them together, you know, for a little bit of support for each other because it’s scary,” Goldsmid told CNN.

It took some doing, but Goldsmid was able to arrange for them all to get their first dose at the same time.

“I was glad and relieved to get it over with and I wasn’t nervous at all,” Ramsey told Goldsmid.

They didn’t get much of a chance to talk on Tuesday because of all the media attention, but they agreed that the staff was all very nice.

“I can’t believe so many people care about four old ladies getting their shots,” Camp said to her niece.

Before the pandemic, the five sisters saw each other regularly and they would all have lunch at least once a month.

Goldsmid said they’re excited to see each other in about 10-14 days once the vaccine has been in their systems long enough to give them the most protection.

“We’re already trying to make plans at this point, whether we’re going to do it at someone’s house or see if we can get a room at a restaurant for lunch,” she said.

They’ve been able to talk on the phone and on FaceTime, but they haven’t been able to get together or see other members of their large family since February of last year.

“I think the hardest part for some of them was not seeing their grandchildren at the same time as not being able to see their sisters,” she said. “I think it’s heartbreaking at that age not to be able to see any of your family.”