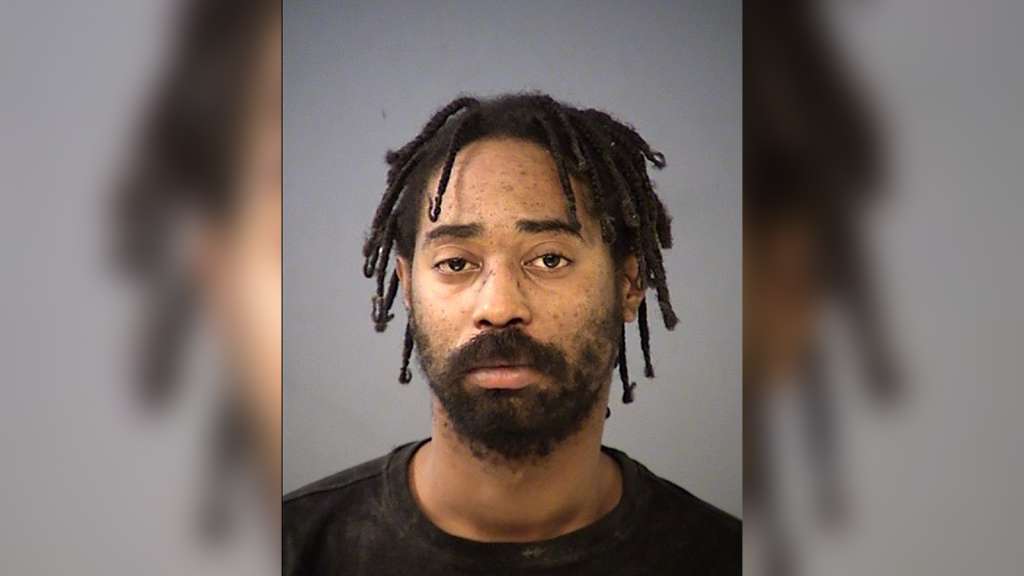 Malik Halfacre allegedly shot three adults and a child after arguing with his girlfriend over her stimulus check, according to court documents.
CNN

(CNN) — An Indianapolis man has been arrested in a quadruple homicide that followed an alleged argument over a stimulus check, according to a probable cause affidavit.

Officers were dispatched after a report of a person shot on Saturday night, according to a news release from the Indianapolis Metropolitan Police Department. Police found a woman who had injuries consistent with a gunshot wound, the release said.

The woman, who was transported to a local hospital in critical condition, told officers there were more victims, the affidavit states.

At a second residence, police found 7-year-old Eve Moore, 23-year-old Daquan Moore, 35-year-old Anthony Johnson and 44-year-old Tomeeka Brown. They all had gunshot injuries and were pronounced dead at the scene, according to the news release.

When detectives begun investigating, they learned the initial gunshot victim’s boyfriend and father of her baby, 25-year-old Malik Halfacre, was the person who allegedly shot all five people.

The victim told police Halfacre fled the scene and took their 6-month-old daughter with him, the affidavit said.

The baby was safe and unharmed, police added in the news release.

Authorities gathered further information that led them them to a residence where they found Halfacre hiding in the attic and took him in.

According to the affidavit, he told detectives he had been arguing with the victim officers first discovered, because he wanted some of her stimulus check.

He admitted to shooting all of the deceased people that were found, the affidavit states. He added that after everyone was shot, he took money, the initial gunshot victim’s purse and her car and left, dropping off his daughter at his sister’s home and later walking to a friend’s house, where he was found by police, according to the affidavit.

According to court documents, Halfacre is charged with murder, attempted murder, and robbery. His next court appearance is scheduled for March 18. CNN has been unable to determine if Halfacre has obtained an attorney.