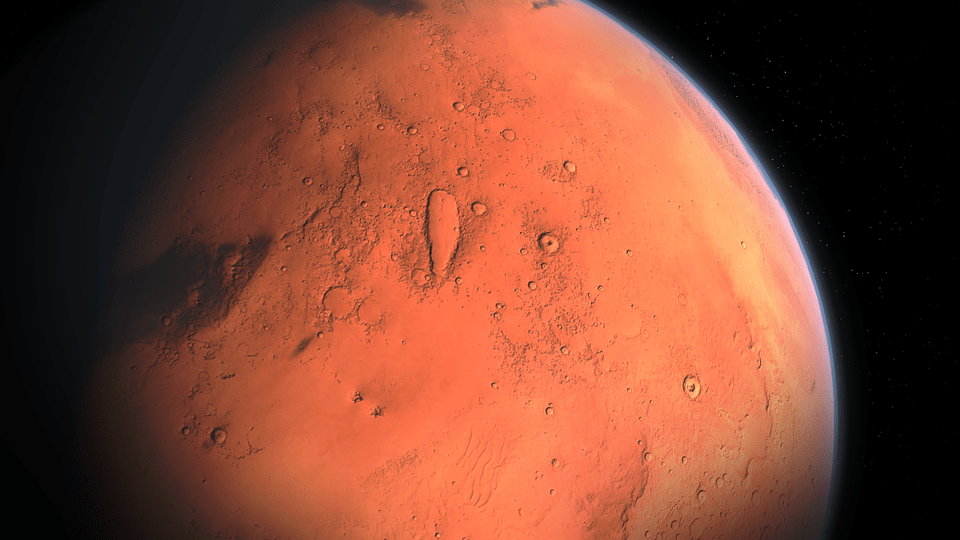 (CNN) — We may have already discovered the essence of life on Mars 40 years ago, according to a former NASA scientist.

Gilbert V. Levin, who was principal investigator on a NASA experiment that sent Viking landers to Mars in 1976, published an article in the Scientific American journal last Thursday, arguing the experiment’s positive results were proof of life on the red planet.

The experiment, called Labeled Release (LR), was designed to test Martian soil for organic matter. “It seemed we had answered that ultimate question,” Levin wrote in the article.

In the experiment, the Viking probes placed nutrients in Mars soil samples — if life were present, it would consume the food and leave gaseous traces of its metabolism, which radioactive monitors would then detect.

To make sure it was a biological reaction, the test was repeated after cooking the soil, which would prove lethal to known life. If there was a measurable reaction in the first and not the second sample, that would suggest biological forces at work — and that’s exactly what happened, according to Levin.

However, other experiments failed to find any organic material and NASA couldn’t duplicate the results in their laboratory — so they dismissed the positive result as false positives, some unknown chemical reaction rather than proof of extraterrestrial life.

“NASA concluded that the LR had found a substance mimicking life, but not life,” said Levin in his article. “Inexplicably, over the 43 years since Viking, none of NASA’s subsequent Mars landers has carried a life detection instrument to follow up on these exciting results.”

But now, decades later, there are more and more promising signs. NASA’s Curiosity rover found organic matter on Mars in 2018, and just last week it found sediments that suggest there were once ancient salty lakes on the surface of Mars.

“What is the evidence against the possibility of life on Mars?” Levin wrote. “The astonishing fact is that there is none.”

Levin, a maverick researcher who has often run afoul of the NASA bureaucracy, has insisted for decades that “it is more likely than not that we detected life.” Now, he and LR co-experimenter Patricia Ann Straat are calling for further investigation.

“NASA has already announced that its 2020 Mars lander will not contain a life-detection test,” Levin wrote in the Scientific American article. “In keeping with well-established scientific protocol, I believe an effort should be made to put life detection experiments on the next Mars mission possible.”

He proposed that the LR experiment be repeated on Mars, with certain amendments, and then have its data studied by a panel of experts.

“Such an objective jury might conclude, as I did, that the Viking LR did find life,” he wrote.

NASA’s Mars 2020 rover is set to launch next summer and land in February 2021. It carries an instrument that will help it search for past signs of life on Mars — the Scanning Habitable Environments with Raman & Luminescence for Organics & Chemicals instrument, dubbed SHERLOC.

The rover will look for past habitable environments, find biosignatures in rock and will test those samples back on Earth.

But if scientists fail to find evidence of life, that won’t end the hope for human exploration. Mars 2020 will also test oxygen production on the planet and monitor Martian weather to evaluate how potential human colonies could fare on Mars.