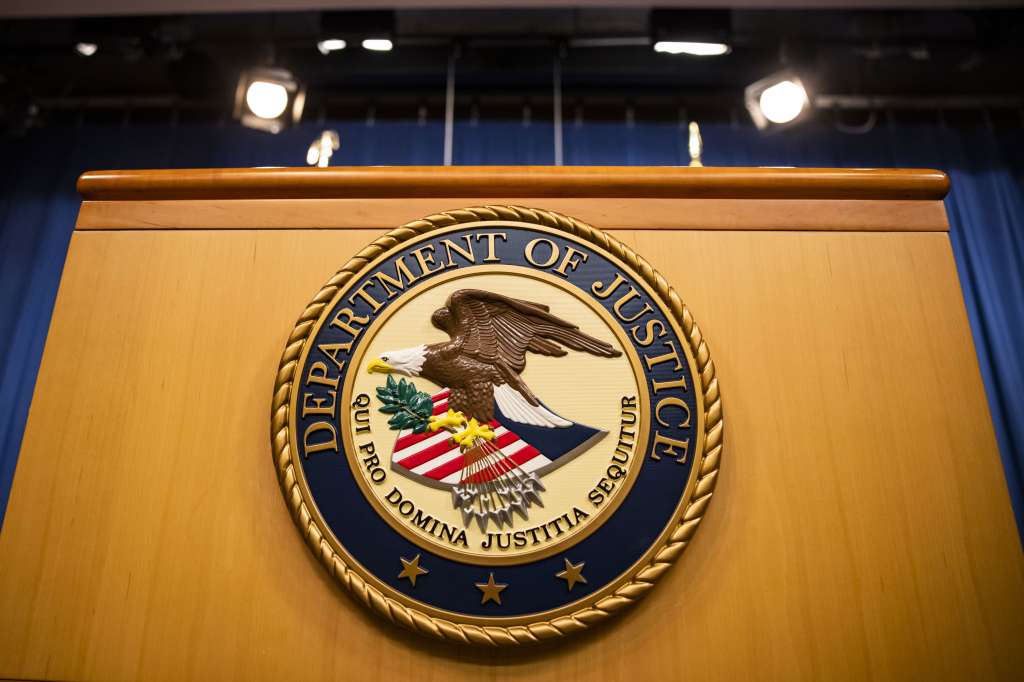 The U.S. Department of Justice seal on a podium in Washington, D.C., U.S., on Thursday, Aug. 5, 2021. The Justice Department has opened an investigation into the City of Phoenix and the Phoenix Police Department looking into types of use of force by Phoenix police department officers. Photographer: Samuel Corum/Bloomberg via Getty Images

(CNN) — A former Monroe, Louisiana, police officer has been indicted by a federal grand jury for kicking a man who was under arrest and then attempting to cover up the “unjustified force,” the Department of Justice said Thursday.

Jared Desadier, 43, faces two counts in the indictment, including willfully depriving an individual of his right to be free from unreasonable seizure, and witness tampering, the Justice Department said in a news release.

Desadier faces up to 30 years in prison for both charges if he’s convicted. Online records do not list an attorney for Desadier. It’s unclear if he has legal representation who would comment on his behalf.

According to the Justice Department, the indictment alleges Desadier “used unjustified force against an arrestee by kicking him in the area of his face and head, and that the assault caused bodily injury.” The alleged assault also involved the use of “a dangerous weapon,” the statement says, referring to Desadier’s “shod foot.”

Additionally, Desadier allegedly tried to cover up the use of force by misleading his superiors after the arrestee in Ouachita Parish complained in the presence of Desadier’s supervising officers. Desadier, the Justice Department says, “claimed that he had not touched or harmed the arrestee and blamed the arrestee’s injuries on a fall.”

Reached for comment, the Monroe Police Department directed CNN to Monroe City Hall, which did not immediately respond to a request for comment Friday.

Since the murder of George Floyd in Minneapolis in May 2020, the Justice Department has indicted 14 police officers — including four involved in Floyd’s murder — for federal civil rights violations linked to excessive force allegations and other charges.

Desadier is the third Louisiana police officer to be indicted for excessive force since April. The Justice Department has an ongoing pattern-or-practice investigation into the Louisiana State Police following the death of Ronald Greene while in the custody of state troopers.

Last month, the Justice Department announced a separate indictment against a former Louisiana State Police officer for allegedly using excessive force with a flashlight against a Black motorist.