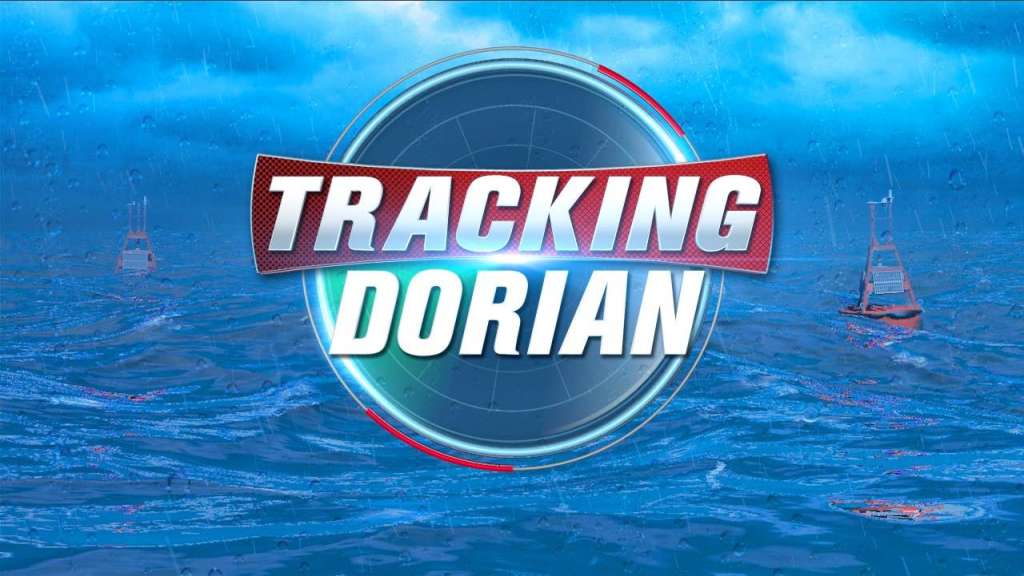 MIAMI (AP) — The Latest on Hurricane Dorian (all times local):

The National Hurricane Center in Miami says Dorian made a second landfall at 2 p.m. on Great Abaco Island near Marsh Harbour at 185 mph (285 kph).

The center says that is tied for the strongest Atlantic hurricane landfall on record with the 1935 Labor Day hurricane.

The storm’s center is about 185 miles (295 kilometers) east of West Palm Beach, Florida. A Hurricane watch is in effect for Florida from the north of Deerfield Beach to the Volusia-Brevard county line. Hurricane conditions are possible within the watch area by late Monday or early Tuesday.

The Hurricane Center says the arrival of the storm poses “a life-threatening situation” with hazards that will cause “extreme destruction.”

Officials at Florida’s busiest airport say they are rescinding plans to close on Monday.

The airport originally had planned to stop commercial flights at 2 a .m. Monday for passenger safety and to give the airport’s 25,000 workers enough time to secure their homes and be with their families.

The airport had 47.7 million passengers travel through it last year.

The Category 5 storm has also grown in size, with hurricane-force winds extending outward up to 45 miles (75 kilometers) from its center, located about 20 miles (30 kilometers) east-northeast of Great Abaco Island.

Dorian is moving west at 7 mph (11 kph) and is expected to slow in the next day or two, potentially prolonging the Bahamas’ weather misery.

The hurricane was expected to move toward the Florida east coast late Monday through Tuesday. The Hurricane Center also issued a hurricane watch and storm surge watch for the east coast of Florida from north of Deerfield Beach to the line between Volusia and Brevard counties.

A coastal Florida county is ordering an evacuation of barrier islands, mobile homes and areas that are prone to flood because of Hurricane Dorian.

The official forecast path for Dorian curves the storm away from the area before it strikes land.

But the National Hurricane center says there are variables that could alter that path, and there is about a 50% chance West Palm Beach will get hurricane winds by early Wednesday.

Potentially devastating winds from Hurricane Dorian have strengthened yet again as the storm nears the Bahamas.

The National Hurricane Center in Miami said Sunday that maximum sustained winds have increased to 175 mph (280 kph) from 160 mph (260 kph) as it approaches Great Abaco Island. It is moving west at 8 mph (13 kph).

The Hurricane Center is warning of potentially devastating wind gusts of more than 200 mph (321 kph) and destructive waves of up to 20 feet (6 meters).

“These hazards will cause extreme destruction in the affected areas,” the center said, “and will continue for several hours.”

Weather forecasters say predictions that powerful Hurricane Dorian will slow to a crawl over the Bahamas complicates their outlook for the United States.

Hurricane Center Director Ken Graham says that would be catastrophic for the island chain. Dorian was upgraded to the most powerful designation of Category 5, with maximum sustained winds increasing to 160 mph (260 kph). Forecasters say ocean levels could rise up to 20 feet (6 meters) in parts of the northern Bahamas with the storm surge topped with huge waves.

Graham says the storm stalling also complicates the U.S. forecast. The time allows small changes in the winds that steer the storm, which means Dorian can still make landfall anywhere from Florida to North Carolina during the next five days.

“Devastating hurricane conditions” are expected in the Abacos Islands early Sunday, with conditions will spread across Grand Bahama Island later in the day, the center said.

As Hurricane Dorian moves closer to the northern Bahamas, rainfall estimates have gone up for the Caribbean archipelago and the coastal Carolinas.

Hurricane Dorian is moving ever closer to the northern Bahamas.

The core of the storm is expected to be near or over parts of the northwestern Bahamas later Sunday.

Millions of U.S. coastal dwellers from Florida to the Carolinas are keeping a wary eye on Dorian’s approach. Forecasters say many computer models indicate Dorian is expected to veer sharply northeastward and track up the Southeast seaboard, raising the risks of damaging winds and deadly flooding even if there’s no direct U.S. landfall.

A dangerous Hurricane Dorian is closing in on the northern Bahamas, threatening to batter the normally idyllic islands with fierce winds, pounding waves and torrential rain.

Tourist hotels closed, residents boarded up homes and officials hired boats to move people from low-lying areas to bigger islands as the powerful Category 4 hurricane approached. Many are hunkered down in schools, churches and other shelters awaiting the storm’s dreaded arrival later Sunday.

Meanwhile, millions of U.S. coastal dwellers from Florida to the Carolinas are keeping a wary eye on Dorian’s approach. Forecasters say many computer models indicate the storm is expected to veer sharply northeastward after passing the Bahamas and track up the Southeast seaboard, raising the risks of damaging winds and deadly flooding even if there’s no direct U.S. landfall.