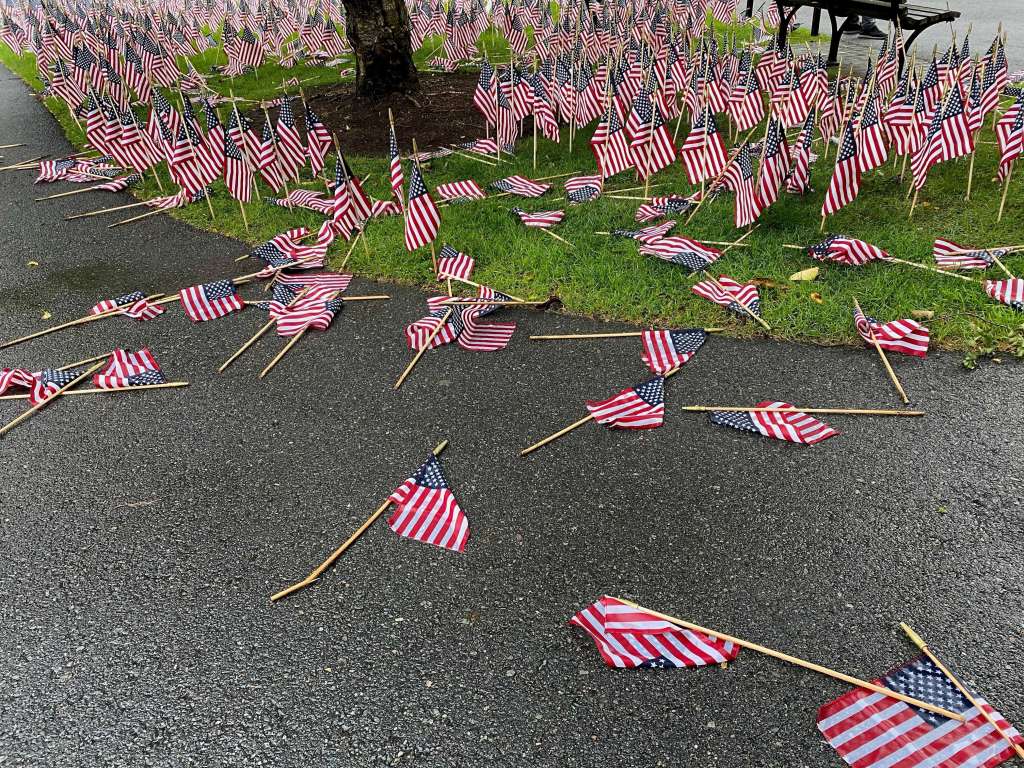 Some of the nearly 3,000 American flags placed in the Public Garden in Boston in honor of those lost on Sept. 11, 2001, were found damaged Sept. 9. (Courtesy: WCVB)

BOSTON (CNN) — Some of the nearly 3,000 American flags placed in the Public Garden in Boston in honor of those lost on Sept. 11, 2001, were found damaged Thursday.

The 2,997 flags were planted Wednesday in the 9/11 Garden of Remembrance near the park’s Arlington Street entrance.

Several of the flags were found uprooted early Thursday, lying on the ground broken. Several trash cans in the area were also knocked over.

A team from Project 351 planted the flags and encouraged others to honor the lives of those lost.

Ashton Fagan said she couldn’t walk by and leave the act of apparent vandalism as it was. She stopped to pick up the flags.

“My grandfather was a firefighter, fought overseas, and all those police officers who go out every single day and put their bodies in front of us to protect us,” Fagan said.

As the park service cleaned up the garbage, people passing by took a moment to pay their respects to the Massachusetts lives lost.

“We can’t forget. I’m from Boston originally, but I lived in New York for 20 years, and I was in New York for 9/11. So to remember and to know we’re honoring those we lost and those who tried to save people and the families. It’s a part of us now,” Laurie Matthews said.

The Garden of Remembrance was completed in 2004 and commemorates the more than 200 people with ties to Massachusetts who died in the attacks.