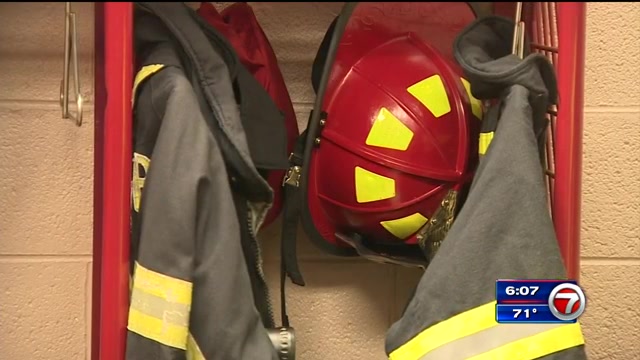 OMAHA, Neb. (AP) — Firefighters were taking advantage of higher humidity and calmer winds Monday to work toward containing a wildfire in rural southwestern Nebraska that has killed one person, injured at least 15 firefighters and destroyed at least six homes, an official said.

Jonathan Ashford, spokesman for the Rocky Mountain Complex Incident Management Team, told The Associated Press that more than 80 firefighters, emergency management personnel and others were helping fight the fire, known as the Road 702 Fire. It had burned nearly 65 square miles (168 square kilometers) in Red Willow, Furnas and Frontier counties by late Sunday.

The fire that began last week has been fueled by tinder-dry conditions and days of strong winds.

More favorable weather Monday had firefighters scrambling to dig trenches and create other breaks along the blaze’s perimeter, Ashford said.

“Tomorrow, we expect higher winds to return, so time is of the essence,” he said.

In addition to the growing number of firefighters turning out to fight the blaze, the effort also has a couple of helicopters available to make water drops, he said.

By late Sunday, the fire had destroyed at least six homes and threatened 660 others, along with 50 commercial or farm buildings, Ashford said.

A retired Cambridge, Nebraska, fire chief who was helping as a fire spotter in Red Willow County died Friday night after his truck went off the road in a blinding haze of smoke and dust. The body of John Trumble, 66, of Arapahoe, was recovered around early Saturday.

Trumble was the second person in a month to die while fighting a wildfire in southwest Nebraska. Elwood Volunteer Fire Chief Darren Krull, 54, was killed in a collision with a water tanker on April 7 in Furnas County as smoke cut visibility to zero.

Fires have been reported in 14 Nebraska counties since Friday, including Perkins, Dundy, Burt, Butler, Scotts Bluff, Cheyenne, Duele, Blaine, Cherry, Brown and Thomas counties, leading some small towns to be temporarily evacuated. Those fires were either extinguished or mostly contained by Sunday.

The region remains critically dry, said Ashford, who urged residents to use caution when doing anything that could spark a fire.

“The last thing we need is to have another fire started that we have to then fight,” he said.