Find your sleep ‘sweet spot’ to protect your brain as you age, study suggests 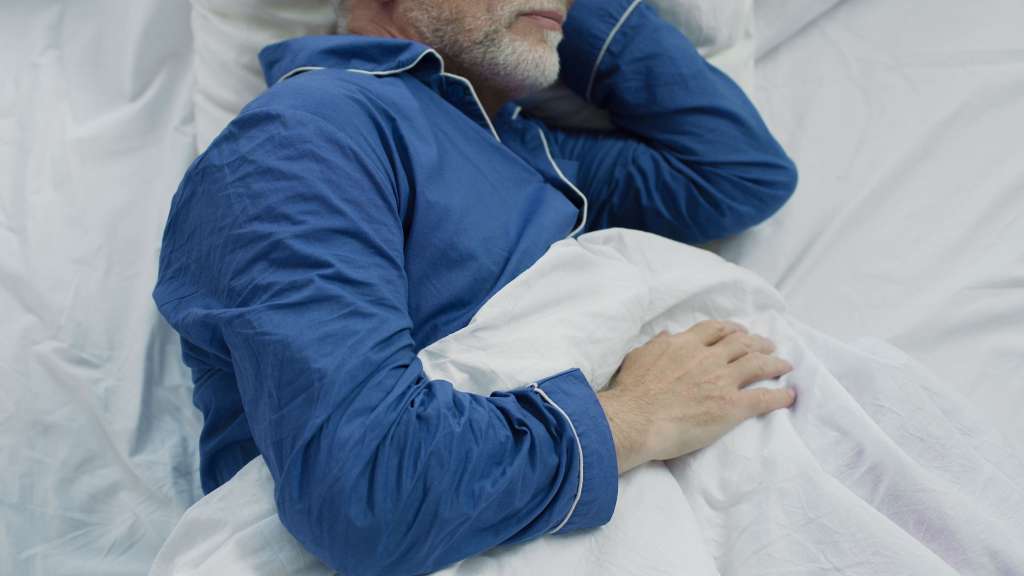 (CNN) — How long older adults sleep could affect their brain health, according to a study published in the journal JAMA Neurology.

Age-related changes in sleep have also been linked with early signs of Alzheimer’s disease, depression and cardiovascular disease, so the authors investigated possible associations between self-reported sleep duration, demographic and lifestyle factors, subjective and objective cognitive function, and participants’ levels of beta amyloid.

Those in the study who reported short sleep duration — defined in the study as six hours or less — had elevated levels of beta amyloid, which “greatly increases” risk for dementia, said the study’s lead author Joe Winer, a postdoctoral research fellow at Stanford University in California, via email.

That was in comparison to participants who reported normal sleep duration, which the study authors defined as seven to eight hours of sleep per night.

Sleeping too much was also associated with lesser executive function, but those people did not have elevated beta amyloid levels. Participants who reported long sleep duration (nine or more hours) scored slightly worse on the Digit Symbol Substitution Test than those who reported normal sleep duration. For more than a century, this test has evaluated associative learning skills by observing test takers’ ability to correctly match symbols to numbers according to a key on the page within 90 to 120 seconds.

“The main takeaway is that it is important to maintain healthy sleep late in life,” Winer said via email. “Additionally, both people who get too little sleep and people who get too much sleep had higher (body-mass index and) more depressive symptoms.” The findings suggested that short and long sleep might involve different underlying disease processes, Winer added.

Beta amyloid or amyloid-β is “a protein created during normal brain cell activity, although we still aren’t sure of its function,” said Winer.

“Amyloid-β is one of the first detectable markers in the progression of Alzheimer’s disease, Winer said. “In Alzheimer’s disease, amyloid-β proteins start to build up throughout the brain, sticking together in plaques. Amyloid plaques are more likely to appear as we age, and many people with amyloid built up in their brains remain healthy. About 30% of healthy 70-year-olds will have substantial amounts (of) amyloid plaques in their brain.”

When someone has Alzheimer’s disease, the person’s brain cells that retrieve, process and store information degenerate and die, according to the Alzheimer’s Association. The “amyloid hypothesis,” one of the leading theories on the culprit of this destruction, suggests accumulation of the protein might disrupt communication between brain cells, eventually killing them.

Previous research has suggested “that sleep may both help to limit the production of amyloid in the brain and support the drainage system that clears it,” said Laura Phipps, head of communications at Alzheimer’s Research UK, who wasn’t involved in the study, via email.

Amyloid-β can start building up many years before obvious Alzheimer’s symptoms show, Phipps added. “This makes it difficult to tease apart cause and effect when studying sleep problems and Alzheimer’s risk, especially if you only look at data from one point in time.”

The current study analyzed 4,417 participants with an average age of 71.3 years old, mostly White and from the United States, Canada, Australia and Japan.

Both the short- and long-sleep duration groups reported more depressive symptoms than the normal sleep group. Self-reported caffeine intake wasn’t associated with sleep duration. But the more alcoholic drinks participants drank daily, the more likely they were to sleep longer.

These findings suggest that sleep disparities could be associated with disparities in other aspects of life, such as cardiovascular and metabolic health, socioeconomic factors and “racial discrimination and perceived racism” correlated with less sleep in prior studies, the authors wrote.

“To better understand the order and the direction of causation in these relationships, future research will need to build a picture of how sleep patterns, biological processes, and cognitive skills change over longer periods of time,” Phipps said.

“This new research is from a large, international study on cognitively healthy people, but it did rely on participants to report their sleep duration rather than measuring it directly,” she added. “The researchers couldn’t assess quality of sleep or time spent in different stages of a sleep cycle, each of which may be an important factor in the link between sleep and cognitive health.”

Whether some cognitive domains are more affected by extreme sleep duration than other domains also remains controversial, the authors wrote.

Older adults concerned about these findings should consider sleep as important as diet and exercise for their health, Winer said.

“While researchers are still working to understand the complex relationship between sleep and our long-term cognitive health, high quality sleep can be important for many aspects of our health and wellbeing,” Phipps said. “The best evidence suggests that between seven and nine hours of sleep is optimal for most adults and anyone who thinks that their sleep patterns may be affecting their long-term health should speak to their doctor.”