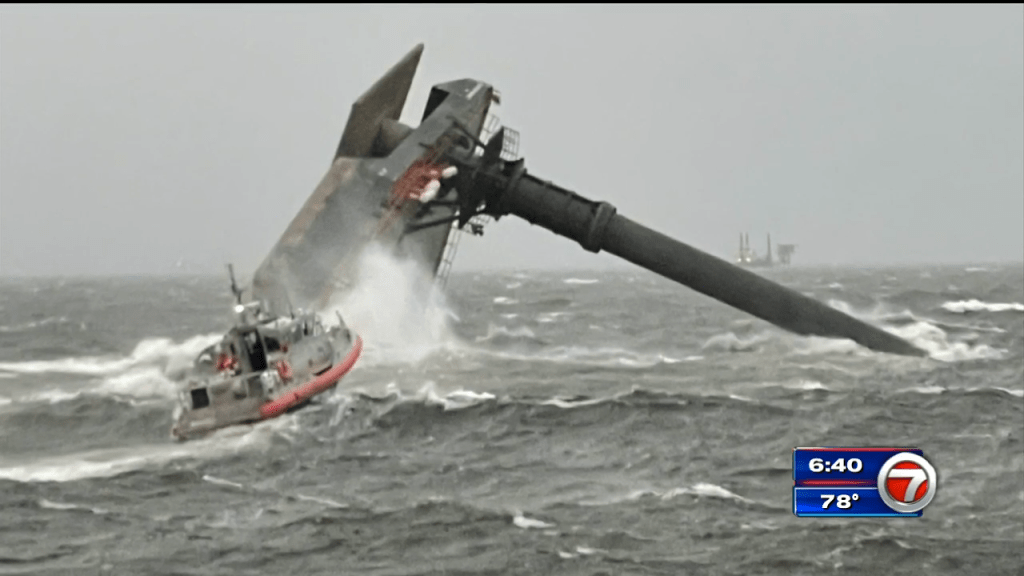 CUT OFF, La. (AP) — Relatives of crew members who were on a lift boat that capsized off Louisiana last week said they have been told by authorities that another body has been found as the search for the remaining eight people who were on the vessel continued Monday.

Arlana Saddler, the youngest sister of missing worker Gregory Walcott, told The Associated Press that families were told during a Sunday night meeting with officials that a body had been found but not yet identified. Marion Cuyler, whose fiancee Chaz Morales was on the Seacor Power, told the AP via text about the meeting and that another body had been found.

Saddler said she’s trying to be realistic about her brother’s chances of survival.

“I’m being real. This is the seventh day, and even if they made it through the boat turning over and all that, there’s no food, no water. You’re talking seven days,” she said.

A total of 19 people were on board the boat when it capsized Tuesday in rough seas about eight miles (13 kilometers) off the Louisiana coast. Six were rescued that same day, five bodies have been recovered and rescuers are still searching for the remaining eight.

Officials have been updating the family members twice daily with how the search has been going but have released little information to the public about their continuous search since announcing divers found two bodies inside the ship Friday night. Officials from the Coast Guard, the ship’s owner Seacor Marine, and the National Transportation and Safety Board were slated to have a news conference Monday.

Coast Guard Petty Officer John Michelli said two Coast Guard cutters were searching Monday, along with a helicopter from the Coast Guard’s New Orleans station. Michelli referred questions about any diving operations to the companies involved; representatives for those firms did not respond to questions on Monday.