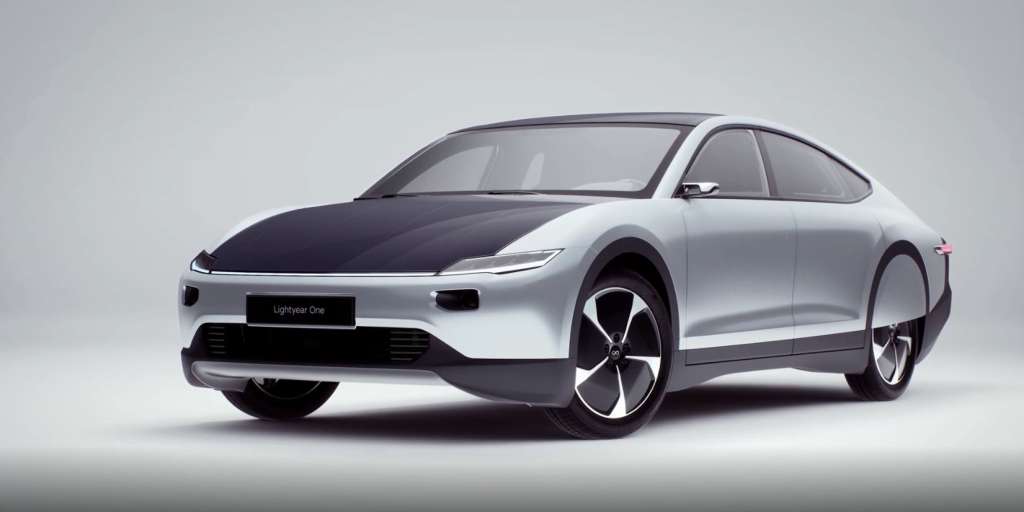 (CNN) — The Lightyear One is a car with solar panels stretching across its roof to charge the electric vehicle’s batteries. But whether it’s really a “solar powered car” depends on how you drive it.

The car, created by Dutch startup Lightyear, has a charging port to plug into a charger. But the solar panels can charge the Lightyear One’s batteries at a rate of about 7.5 miles of charge every hour. That’s slow compared to plugging it in. Still, if you parked it outside your office on a sunny day, it could soak up enough power to drive 60 miles, which is more than most people drive on a typical day.

“In the summer in the Netherlands, you probably won’t have to charge for about two months,” said Lightyear CEO Lex Hoefsloot, “and that’s with average driving.”

The company was founded in 2016 by several members of Eindhoven University of Technology’s team that won the Bridgestone World Solar Challenge, a competition for solar-powered cars. If it reaches production, Lightyear One will be the company’s first car.

The batteries hold enough energy for 450 miles of driving, the company says. The solar panels will work even when the car is moving, meaning that as you’re going down the highway — assuming you’re traveling in the daytime — the sun’s energy will replenish at least some of the power you’re using. On a long drive, help from the sun could add as much as 50 miles to a fully charged battery.

The car’s five square meters of solar panels are very efficient at converting sunlight to energy, the company claims. They’re covered in the same sort of glass used in sunroofs, so the panels are very strong and in a crash won’t break into sharp pieces.

The major advances in the car have to do with its overall efficiency, said Hoefsloot. With its low, sloping shape and covered rear wheels, the car is designed to be extraordinarily aerodynamic. Each wheel is powered by its own electric motor. Placing the motors as close as possible to the wheels increases efficiency and, since the motors act as generators to recapture energy during braking, four-wheel-drive electric cars are more efficient than two-wheel-drive ones.

One of the advantages of using the sun for supplemental power, said Hoefsloot, will be ease of parking. While other electric car drivers are battling to get spaces near electric chargers and others are looking for a spot in the shade, Lightyear One drivers will happily park in the sunny spaces. The car’s air conditioner can be turned on remotely before it’s time to start driving so that it’s comfortable inside.

Driving on sun power won’t be cheap, though. For now, there are only a few prototypes for demonstration and testing, Hoefsloot said. The company is taking reservations now at a cost of €119,000, or roughly $127,000. That’s just a “reservation fee.” The company expects the cars to cost about €150,000 in the Netherlands, including taxes, when it goes into production in 2021. The company will concentrate on European markets first. The cars should be available in the United States later, Hoefsloot said.