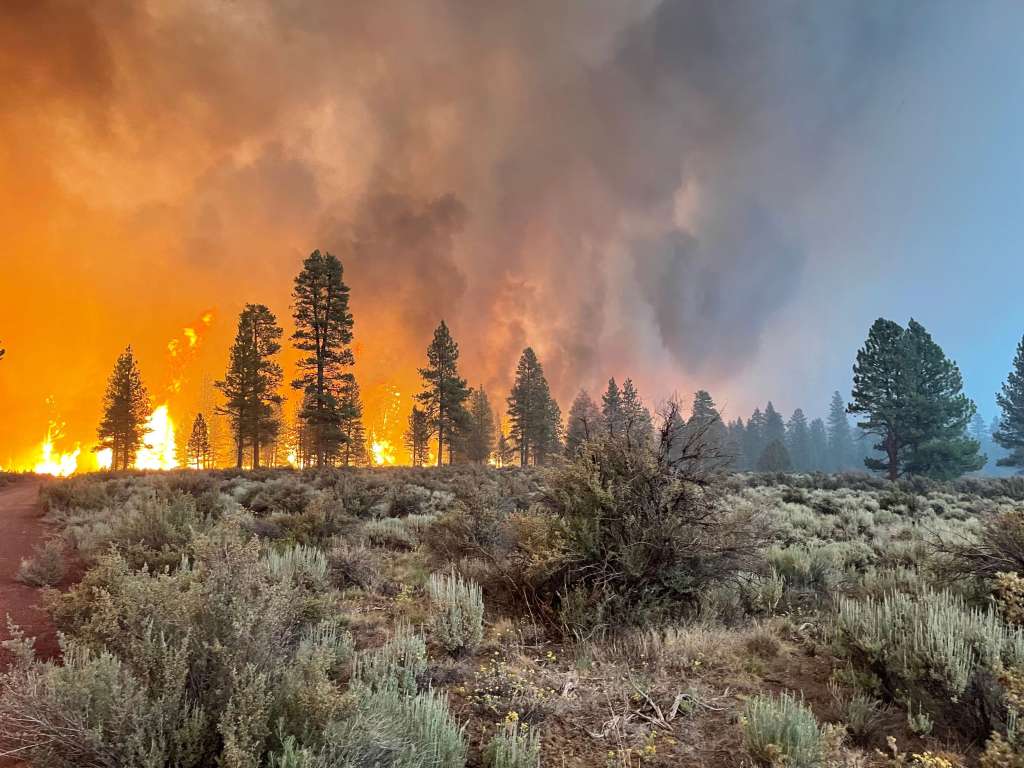 (CNN) — Dry thunderstorms on Saturday will raise the risk of sparking new wildfires in the western US, where numerous blazes have already scorched hundreds of thousands of acres.

Red flag warnings are posted Saturday for Idaho, Oregon and a small portion of Northern California, CNN meteorologist Robert Shackelford said. And heat advisories and heat warnings are in effect for parts of Montana and Idaho, with some areas seeing temperatures as high as 106 degrees.

As of Friday, 70 large fires in 12 states — most of them in the western US — had burned more than a million acres across the United States, according to the National Interagency Fire Center.

With 319,844 acres burned, Oregon has seen the most land charred by far, thanks in large part to the Bootleg Fire in southern Oregon. It’s the largest wildfire in the United States this year, having scorched 281,208 acres as of Saturday morning, per InciWeb, the US clearinghouse for wildfire information.

The blaze, which began July 6 in the Fremont-Winema National Forest and on private lands near the town of Sprague River, is spreading at an average rate of 1,000 acres per hour, per Shackelford — equal to a football field every 5 seconds — and is 22% contained. More than 2,100 personnel are battling the blaze. Evacuations have been ordered for communities in the area, while others have been told to be prepared to leave at a moment’s notice.

“This fire is large and moving so fast, every day it progresses four to five miles,” Incident Commander Joe Hassel said in a statement shared on a Facebook page sharing information on the fire.

Dry conditions are expected to exacerbate the fire. A red flag warning is in place until at least 8 p.m. local time Saturday, meaning that critical fire conditions are anticipated.

“The very dry and unstable conditions will continue to support extreme fire behavior with locally generated erratic and gusty winds,” the National Weather Service said in an update Friday.

California has lost the second-highest number of acres, but with 161,176 acres it’s just over half of what Oregon has seen burn.

Fire personnel from Butte County in Northern California are fighting the Dixie Fire, which has grown to 9,847 acres and is just 12% contained, according to an incident update Saturday from Cal Fire. The wildfire, which started early Wednesday, has already injured one person. Evacuation orders are in place for some areas, including High Lakes and Rock Creek to Tobin in Plumas County.

Meantime, the River Fire in Mariposa County is threatening 600 structures, per Cal Fire. One has already been destroyed, along with four other “minor structures.” The blaze has burned 9,656 acres and is 64% contained.