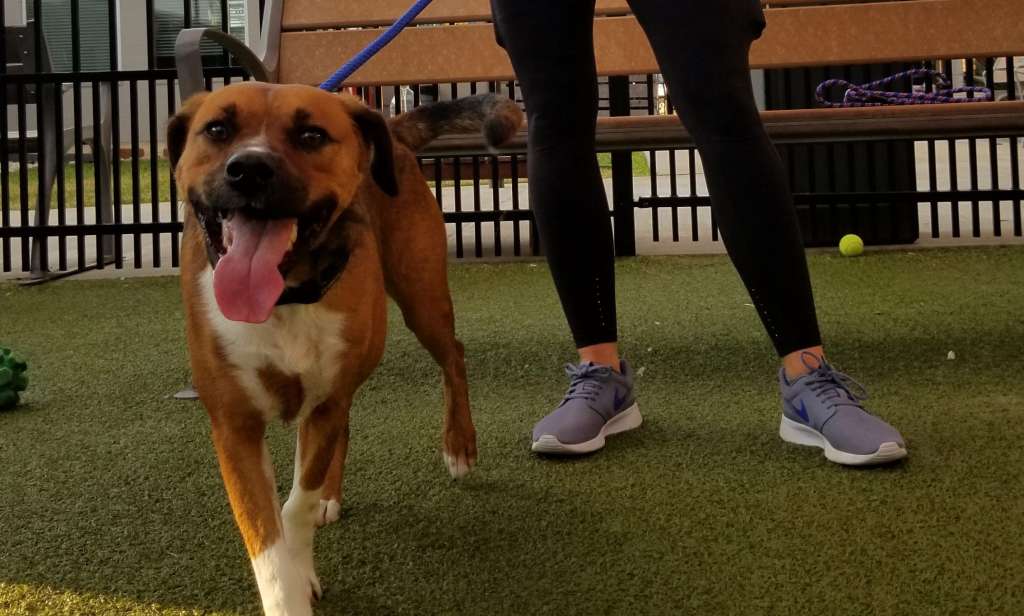 (CNN) — A dog in Waco, Texas, has done a lot of living in his two short years on Earth. The latest twist? An adoption that lasted less than 24 hours.

Rusty was surrendered as a puppy in February 2020 to the Humane Society of Central Texas, which has become the closest thing to a home for him after spending more than 400 days there.

Last year, the 50-pound pooch was placed in a foster home for two months and then with a rescue shelter in Idaho, according to CNN affiliate KXXV. That group sent him back to Waco because he didn’t play nice with other dogs and staff weren’t able to find a home for him. The Texas shelter found him a home, which was great, but he was back after about a month for being destructive, KXXV reports.

Shelter staff, who describe Rusty as “a super cute and smart fellow,” helped him learn to get along better with other dogs and people, and he was adopted again. But the people who adopted him brought him back the next day after he nipped at them.

Dr. Paula Rivadeneira, executive director at the Humane Society of Central Texas, told CNN the shelter doesn’t blame the people who adopted him for bringing Rusty back, acknowledging that Rusty is different from other dogs and requires a little more work.

But that doesn’t make him less lovable, Rivadeneira said.

Shelter staff are looking for a home without children because Rusty is thought to have had some negative experiences with little ones and is not comfortable with them. However, once Rusty bonds with someone new, “he really enjoys being with people. A little patience and understanding will go a long way with him,” staff say.

If nothing else, he’s nailed the sad, piercing look needed for any good adoption flyer photo.