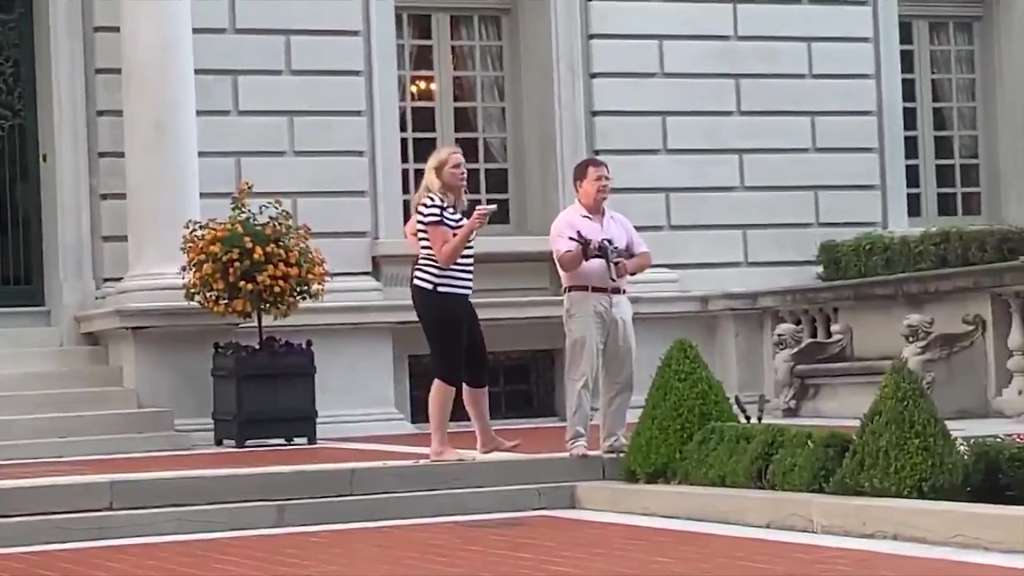 ST. LOUIS (AP) — A Missouri official is asking the state Supreme Court to suspend the law licenses of a St. Louis couple who gained national attention last year when they waved guns at racial injustice protesters outside their home.

Missouri Gov. Mike Parson pardoned them on July 30. Pratzel’s motion said that while a pardon erases a person’s conviction, “the person’s guilt remains.”

An attorney for the McCloskeys declined comment on Monday.

The June 28, 2020, protests followed George Floyd’s death under a Minneapolis police officer’s knee. The McCloskeys said the protesters broke through an iron gate onto their private street and were threatening, though protest organizers said the march was peaceful.

Mark McCloskey emerged with an AR-15-style rifle, and Patricia McCloskey waved a semiautomatic pistol, according to the indictment. Cellphone video captured the confrontation. No shots were fired and no one was hurt.

Even after their guilty pleas, Mark McCloskey was unapologetic.

“I’d do it again,” Mark McCloskey said immediately after the hearing. “Anytime the mob approaches me, I’ll do what I can to put them in imminent threat of physical injury because that’s what kept them from destroying my house and my family.”