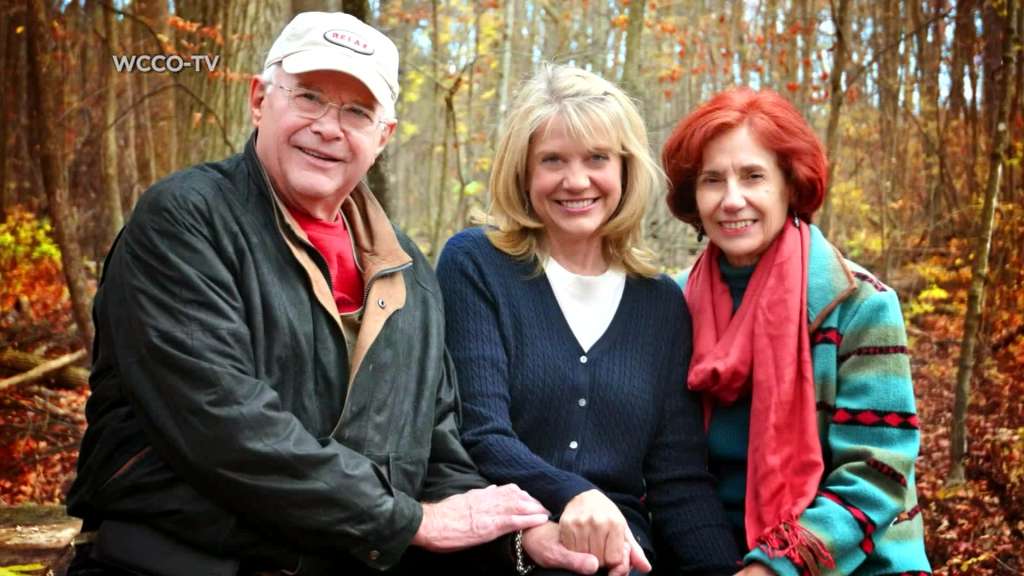 MINNEAPOLIS (CNN) — Denny and Karen Vinar were teenagers when they fell in love. The couple had a baby when Karen was 15 and gave the little girl up for adoption. Then, they too, were forced to go their separate ways. But more than 50 years later something remarkable happened.

“I only lived two blocks from the school, so he would walk me home after school practically every day,” said Karen Vinar.

In 1961 it seemed like Karen and Denny would be together forever.

“After football games or basketball games you’d run down and shower and she’d be waiting up there all for me,” said Denny Vinar.

But life threw the teenagers a curveball when Karen found out she was pregnant. Her family took her to a home for unwed mothers. Denny only got to visit her a couple times, including the day their baby girl was born. They held their daughter for about an hour before giving her up for adoption.

The couple wasn’t just saying goodbye to their daughter, they were saying goodbye to each other. Life was different in the 60’s. After returning home from the military, Denny proposed to Karen – who said yes. But her family wanted her to get an education instead. Being in love and inseparable made it that much harder to separate.

“No, I never stopped thinking about her. She has, I say, a corner of my heart. No, she was always there,” said Denny Vinar.

For the better part of 53 years they lived different lives in different parts of the country. Finally In 2014, curiosity got the better of Denny. He did an online search for Karen, found her, and left a message at her workplace in Everett, Washington.

“I called back immediately and said – how did you find me?” said Karen Vinar.

They talked non-stop like time had never passed. Then, Denny flew out to see Karen.

“It was just magic. She got out of the car and she ran around and she jumped on me and said babe, you’re home,” he said.

“It did feel like nothing changed. Including his dimples. When he smiled and his sparkling eyes,” said Karen Vinar.

They got married 36 hours later and settled down in the Twin Cities. But life wasn’t complete, not yet.

“One day he said, Karen it took me this long to find you. My life would be complete if we could find our daughter,” she said.

They worked with Lutheran Social Services to try and find Jean. The adoption agency then sent Jean a letter that she initially dismissed. Luckily, her husband read it and did some research.

“When I came home from work one day he told me, I think you better sit down. In the whole 30 years of my marriage he never told me I think you should sit down,” said Jean.

That’s when she knew her biological parents were trying to find her. More letters were exchanged, then on a May morning in 2016 they decided to meet.

“I don’t think there are many feelings that would compare to not ever having seen your parents and then they just walk in the door. It’s a very emotional, moving experience,” said Jean. Then she got a closer look at her dad. “When he walked through the door and I looked at him I was like, oh my gosh. Because I’ve never, ever looked like anybody before. Never. Ever.”

Karen, Denny and Jean have since formed their own family. Jean has gotten to meet her half-siblings from Denny and Karen’s previous marriages and the couple has developed a bond with Jean’s family. They’re making up for lost birthdays, lost holidays, and lost time. They even wrote a book together called “How Did You Find Me?”

“The love we have for each other is second to none. Today, even today, it’s unbelievable,” said Denny. “We still dance in the kitchen and we always will.”