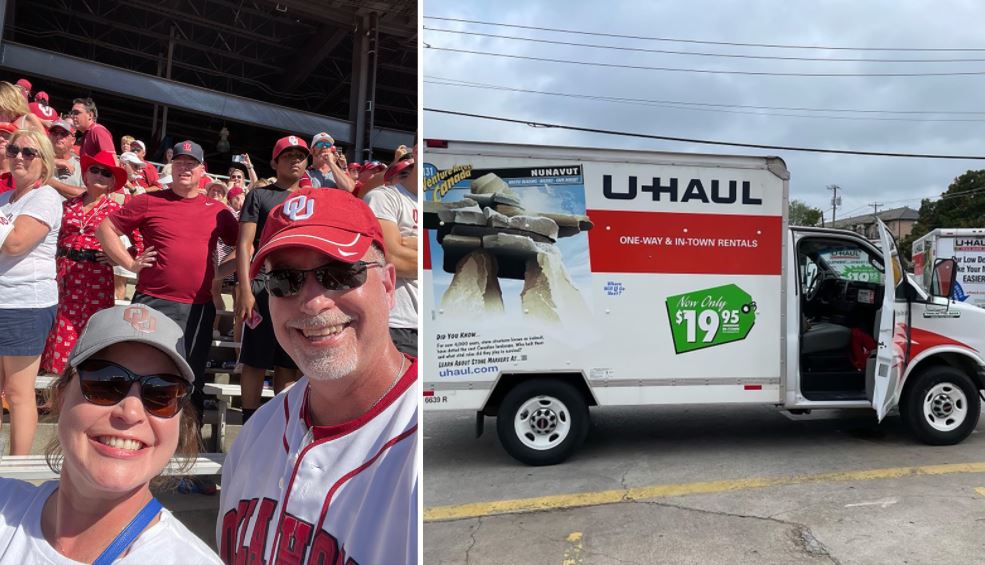 (CNN) — Russ Melchert and his wife flew from Kansas City, Missouri, to Dallas on Friday to watch his alma mater’s football team play the next day at the Cotton Bowl.

Melchert was set to return home at 12:35 p.m. Sunday from Dallas Love Field airport on a Southwest Airlines flight, but it was just one of thousands of flights canceled over the weekend due to air traffic control problems, limited staffing in Florida, and bad weather, Southwest said.

No rental cars were available to drive outside of Dallas, and booking on another airline would have cost about $1,800, Melchert said. So the couple rented a U-Haul truck, threw their carry-on luggage in the back, and were homeward bound.

Melchert estimates spending $900 on the rental truck and fuel.

“They were super-nice and took care of us, and we drove all day. But nine hours later, we’re in Kansas City.” Melchert said.

Southwest, the world’s largest low-cost carrier, canceled three of every 10 departures scheduled Sunday, and the disruption continued into Monday, a federal holiday, with 337 flights canceled so far, according to the aviation tracking website FlightAware.

Getting operations back to normal was “more difficult and prolonged” because of schedule and staffing reductions made during the pandemic, the airline told CNN late Sunday.

Kate Peifer found herself in a similar situation but had better luck getting a rental car. Like Melchert, she had a 900-mile journey ahead of her after Southwest canceled the second part of her flight Sunday from New York to Phoenix.

“LaGuardia to Phoenix with a plane stop in Denver (no plane change) onto Phoenix,” she told CNN. “The second half of our flight (Denver to Phoenix) was canceled. No flights out in the next few business days, so we rented a car to drive from Denver to Phoenix.”

In a tweet, Peifer said it was “not a great way to end our first trip to see family.”

Michele Wickman, a stranded passenger in Indianapolis, was sitting at the gate ready to board her flight and it got canceled, she told CNN affiliate WTHR.

“I feel trapped because there’s no rental cars, there’s no flights. We can’t even get a flight with another airline,” Wickman said.