Clinton campaign lawyer acquitted of lying to the FBI 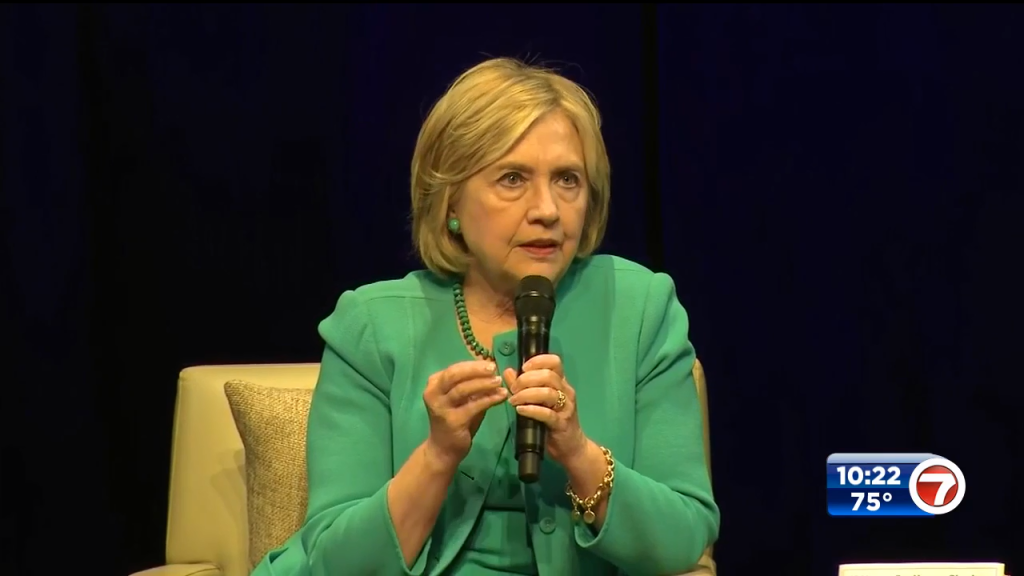 WASHINGTON (AP) — A lawyer for Hillary Clinton’s 2016 presidential campaign was acquitted Tuesday of lying to the FBI when he pushed information meant to cast suspicions on Donald Trump and Russia in the run-up to the 2016 election.

The case against Michael Sussmann was the first courtroom test of special counsel John Durham since his appointment three years ago to search for government misconduct during the investigation into potential ties between Russia and Trump’s 2016 campaign. The verdict represents a setback for Durham’s work, especially since Trump supporters had looked to the probe to expose what they contend was egregious bias by law enforcement officials who investigated the former president and his campaign.

The jury deliberated on Friday afternoon and Tuesday morning before reaching its verdict.

Speaking to reporters outside the courthouse after the verdict was delivered, Sussmann said he “told the truth to the FBI, and the jury clearly recognized that with their unanimous verdict today.”

He added: “Despite being falsely accused, I am relieved that justice ultimately prevailed in this case.”

In a separate statement, Durham said that though he and his team were disappointed in the outcome, they respected the jury’s decision. He thanked the investigators and prosecutors on his team for their dedicated efforts in seeking truth and justice in this case.”

The trial focused on whether Sussmann, a cybersecurity attorney and former federal prosecutor, concealed from the FBI that he was representing Clinton’s campaign when he presented computer data that he said showed a possible secret backchannel between Russia-based Alfa Bank and Trump’s business company, the Trump Organization. The FBI investigated but quickly determined that there was no suspicious contact.

The bureau’s then-general counsel and the government’s star witness, James Baker, testified that he was “100% confident” that Sussmann had told him that he was not representing any client during the meeting. Prosecutors say he was actually acting on behalf of the Clinton campaign and another client, and that he hid that information so as to make it seem more credible and to boost the chances of getting the FBI to investigate.

Lawyers for Sussmann deny that he lied, saying that it was impossible to know with certainty what he told Baker since they were the only participants in the meeting and neither of them took notes.

They argued that if Sussmann said he wasn’t acting on the Clinton campaign’s behalf that that was technically accurate since he didn’t ask the FBI to take any particular action. And they said that even if he did make a false statement, it was ultimately irrelevant since the FBI was already investigating Russia and the Trump campaign and would have looked into the Alfa Bank data no matter the source.

During the two-week trial, jurors heard from current and former FBI officials who described efforts to assess the data’s legitimacy as well as former Clinton campaign aides.

The original Trump-Russia investigation, overseen for two years by former special counsel Robert Mueller, found multiple efforts by Russia to interfere on the Trump campaign’s behalf but did not establish that the two sides had worked together to sway the election.

After Mueller’s work was done, then-Attorney General William Barr named a new Justice Department prosecutor, then-Connecticut U.S. Attorney Durham, to examine whether anyone from the FBI or other agencies violated the law as the government opened its investigation into Russian election interference and the Trump campaign.

Durham has remained at work into the Biden administration. He has brought three cases so far, though the one against Sussmann is the only to have reached trial. A former FBI lawyer, Kevin Clinesmith, was given probation after pleading guilty in 2020 to altering an email related to the surveillance of an ex-Trump campaign aide, and a Russian analyst who contributed to a dossier of Democratic-funded research into ties between Russia and Trump awaits trial on charges of lying to the FBI about his sources of information.