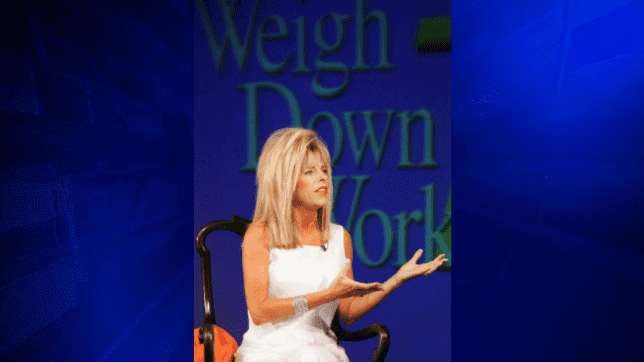 (CNN) — Seven people are presumed to have died in Saturday’s crash of a small jet into a Tennessee lake, including Remnant Fellowship Church founder and Christian diet guru Gwen Shamblin Lara, officials said.

The Cessna 501 was carrying seven people when it crashed late Saturday morning into Percy Priest Lake in Smyrna, a community near Nashville, shortly after taking off from the Smyrna airport, officials have said.

On board were Lara; her husband, William J. Lara; her son-in-law, Brandon Hannah; and married couples Jennifer and David Martin, and Jessica and Jonathan Walters, a spokesperson for the Rutherford County government said in a news release.

All seven aboard are presumed to have died, officials have said. The National Transportation Safety Board is investigating the crash’s cause.

Gwen Shamblin Lara was the founder and spiritual leader of Remnant Fellowship Church in Brentwood, south of Nashville. Her husband, who went by Joe Lara, was an actor best known for playing the lead role in the TV series “Tarzan: The Epic Adventures,” which ran from 1996 to 1997.

A registered dietician, Gwen Shamblin Lara created the Weigh Down Diet, which encouraged dieters to strengthen their faith in God to lose weight. In 1998, Lara told CNN’s Larry King that she believed God had led her to become a dietician.

CNN has made efforts to contact Remnant Fellowship Church and relatives of those who died in the crash for comment.

Dive teams have recovered several components of the plane and human remains from the lake, officials said Sunday.

Recovery teams plan to work at the site until dark Sunday, and again on Monday.