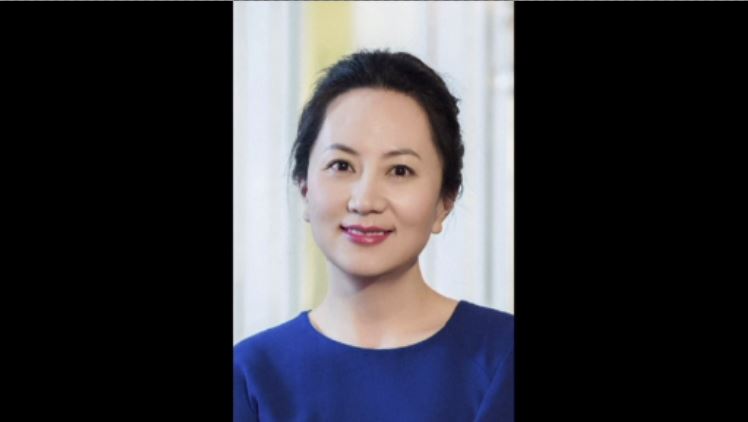 VANCOUVER, British Columbia (AP) — A Canadian prosecutor urged a Vancouver court to deny bail to a Chinese executive at the heart of a case that is shaking up U.S.-China relations and worrying global financial markets.

Meng Wanzhou, the chief financial officer of telecommunications giant Huawei and daughter of its founder, was detained at the request of the U.S. during a layover at the Vancouver airport last Saturday — the same day that Presidents Donald Trump and Xi Jinping of China agreed over dinner to a 90-day ceasefire in a trade dispute that threatens to disrupt global commerce.

The U.S. alleges that Huawei used a Hong Kong shell company to sell equipment in Iran in violation of U.S. sanctions. It also says that Meng and Huawei misled American banks about its business dealings in Iran.

The surprise arrest, already denounced by Beijing, raises doubts about whether the trade truce will hold and whether the world’s two biggest economies can resolve the complicated issues that divide them.

“I think it will have a distinctively negative effect on the U.S.-China talks,” said Philip Levy, senior fellow at the Chicago Council on Global Affairs and an economic adviser in President George W. Bush’s White House. “There’s the humiliating way this happened right before the dinner, with Xi unaware. Very hard to save face on this one. And we may see (Chinese retaliation), which will embitter relations.”

Canadian prosecutor John Gibb-Carsley said in a court hearing Friday that a warrant had been issued for Meng’s arrest in New York Aug. 22. He said Meng, arrested en route to Mexico from Hong Kong, was aware of the investigation and had been avoiding the United States for months, even though her teenage son goes to school in Boston.

Gibb-Carsley alleged that Huawei had done business in Iran through a Hong Kong company called Skycom. Meng, he said, had misled U.S. banks into thinking that Huawei and Skycom were separate when, in fact, “Skycom was Huawei.” Meng has contended that Huawei sold Skycom in 2009.

In urging the court to reject Meng’s bail request, Gibb-Carsley said the Huawei executive had vast resources and a strong incentive to bolt: She’s facing fraud charges in the United States that could put her in prison for 30 years.

Meng’s lawyer, David Martin, argued that it would be unfair to deny her bail just because she “has worked hard and has extraordinary resources.”

He told the court that her personal integrity and respect for her father, Huawei founder Ren Zhengfei, would prevent her violating a court order. Meng, who owns two homes in Vancouver, was willing to wear an ankle bracelet and put the houses up as collateral, he said.

Huawei is the world’s biggest supplier of network gear used by phone and internet companies and long has been seen as a front for spying by the Chinese military or security services.

“What’s getting lost in the initial frenzy here is that Huawei has been in the crosshairs of U.S. regulators for some time,” said Gregory Jaeger, special counsel at the Stroock law firm and a former Justice Department trial attorney. “This is the culmination of what is likely to be a fairly lengthy investigation.”

Meng’s arrest came as a jarring surprise after the Trump-Xi trade cease-fire in Argentina. Exact details of the agreement are elusive. But the White House said Trump suspended for 90 days an import tax hike on $200 billion in Chinese goods that was set to take effect Jan. 1; in return, the White House said, the Chinese agreed to buy a “very substantial amount of agricultural, energy, industrial” and other products from the United States.

The delay was meant to buy time for the two countries to resolve a trade conflict that has been raging for months.

The U.S. charges that China is using predatory tactics in its drive to overtake America’s dominance in technology and global economic leadership. These allegedly include forcing American and other foreign companies to hand over trade secrets in exchange for access to the Chinese market and engaging in cyber theft.

Washington also regards Beijing’s ambitious long-term development plan, “Made in China 2025,” as a scheme to dominate such fields as robotics and electric vehicles by unfairly subsidizing Chinese companies and discriminating against foreign competitors.

The United States has imposed tariffs on $250 billion in Chinese goods to pressure Beijing to change its ways. Trump has threatened to expand the tariffs to include just about everything China ships to the United States. Beijing has lashed back with tariffs on about $110 billion in American exports.

But in a sign the case might not derail the Trump-Xi truce, Beijing protested Meng’s arrest but said talks with the Trump administration would go ahead. Chinese Commerce Ministry spokesman Gao Feng said China is confident it can reach a deal during the 90-day timeout.

Still, Cornell University economist Eswar Prasad warned that “this incident highlights the huge gap in trust between the two sides, casting a pall over the tough negotiations that still lie ahead. It will clearly take more than one convivial dinner between the leaders of the two countries to start bridging that gap.”