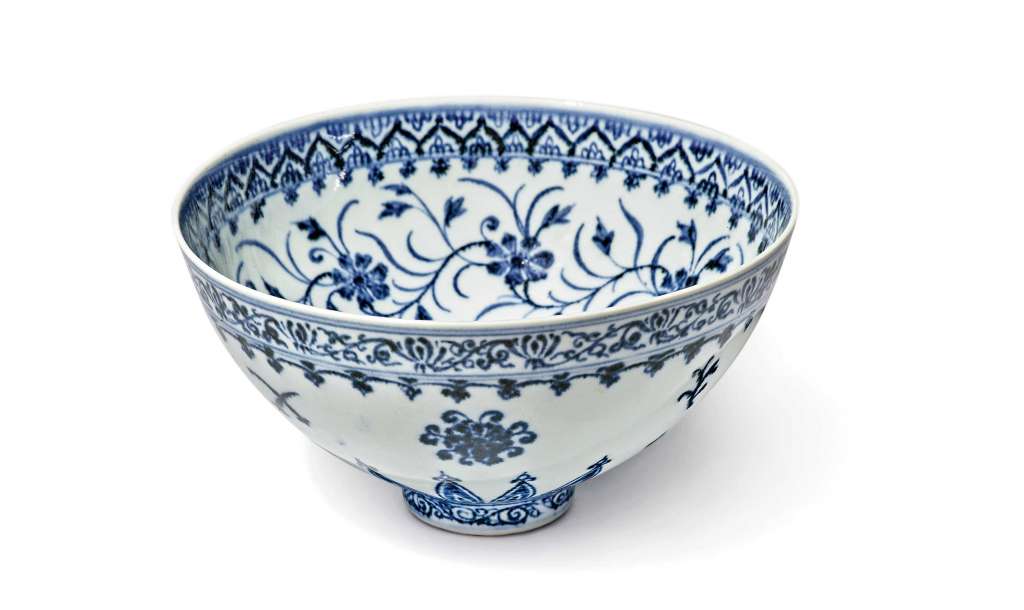 (CNN) — An exceptionally rare 15th-century Chinese antique that wound up at a yard sale has sold for $721,800 at auction by Sotheby’s, exceeding its top estimated sale price of half a million dollars.

Bought for just $35 near New Haven, Connecticut, last year, the small blue-and-white floral bowl is now worth nearly 29,000 times that price. It features motifs of lotus, peony, chrysanthemum and pomegranate blossoms, and was originally commissioned by China’s imperial court during the Ming dynasty.

While Sotheby’s is not disclosing the seller’s identity, the head of its Chinese art department, Angela McAteer, revealed in a phone interview ahead of the sale that the man who found the bowl at the yard sale “didn’t haggle over the $35 asking price.”

Shortly after making the purchase, he sent photographs of the bowl to auction specialists, who identified it as an item of historical significance. “We instinctively had a very, very good feeling about it,” McAteer said.

Upon closer inspection, the artifact, known as a “lotus bowl,” due to its resemblance to a lotus bud, was found to have originated from the court of the Yongle Emperor, who ruled from 1403 to 1424 — a period noted for its distinctive and celebrated porcelain techniques.

“(The bowl had an) incredibly smooth porcelain body” and a “really unctuous silky glaze,” McAteer said, which she noted “was never replicated in future reigns or dynasties.” In addition to its vibrant cobalt blue coloring, she added, “it had all the hallmarks that one would expect of these great commissions of the Yongle period.”

During his reign, the Yongle Emperor transformed the porcelain craft, placing large orders for his court and exerting greater control over the imperial kilns at Jingdezhen, China’s most important porcelain-making city.

“The Yongle Emperor really promoted the artistic importance of porcelain,” McAteer said. “He elevated it from being a utilitarian bowl, for example, into a true work of art.”

With a diameter of just over six inches, the small but detailed bowl would likely have had both artistic and practical value to the court. McAteer said, however, that very little is known about its provenance or how came to be at the yard sale. “It’s a frustrating mystery,” she said, adding that there is “scant documentation” from the period.

Only six other similar bowls are known to have survived, according to Sotheby’s, with others housed by institutions including the National Palace Museum in Taipei, as well as the British Museum and Victoria & Albert Museum in London.

Offering her advice to other porcelain bargain-hunters, McAteer said: “Look for an equilibrium and balance in the design… and assess the quality and the workmanship that has gone into it.”

The find was auctioned as part of “Asia Week,” a series of Sotheby’s sales featuring artifacts, antiques and contemporary art from across the region.

Following the sale, McAteer said in a press statement: “Today’s result for this exceptionally rare floral bowl, dating to the 15th century, epitomizes the incredible, once-in-a-lifetime discovery stories that we dream about as specialists in the Chinese Art field… it is a reminder that precious works of art remain hidden in plain sight just waiting to be found.”