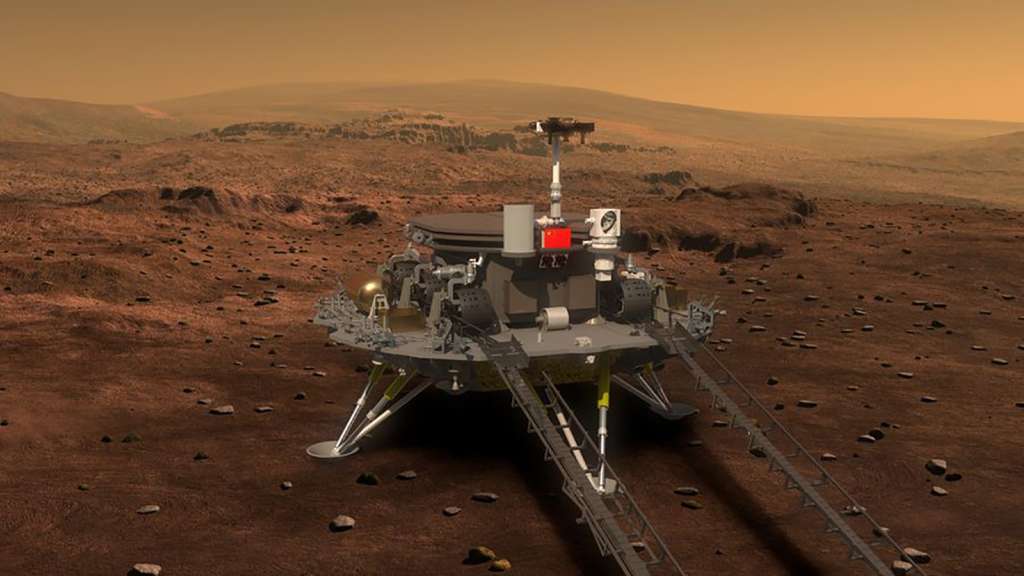 (CNN) — China has successfully landed its rover on Mars, according to state media, becoming the second country in history to have a rover on the red planet.

The rover, Zhurong, named after a god of fire in Chinese mythology, landed Saturday morning at the pre-selected area in Utopia Planitia on Mars, according to the state-run Xinhua news agency.

The six-wheel solar-powered Zhurong rover weighs about 240 kilograms (529 pounds) and carries six scientific instruments. It will be later deployed from the lander for a three-month mission in search of signs or evidence of ancient life on Mars’ surface.

The Tianwen-1 Mars orbiter will relay its signal to the rover during its mission and then conduct a global survey of the planet for one Martian year. The probe has spent three months in orbit reconnoitering the landing area before releasing the rover to the surface.

Tianwen-1 was launched by a Long March 5 rocket from the Wenchang space launch center in Hainan on July 23 last year, and spent seven months en route to Mars before entered its orbit in February.

The spacecraft sent back its first photo of the planet from more than a million kilometers (621,371 miles) away.

The probe is “going to orbit, land and release a rover all on the very first try, and coordinate observations with an orbiter,” the scientific team behind Tianwen-1 said before the rover’s landing.

“No planetary missions have ever been implemented in this way,” the team said.

Tianwen-1 is one of three international Mars missions that launched last summer, along with NASA’s Perseverance rover, which landed on Mars in February, and the United Arab Emirates’ Hope Probe, which entered orbit around Mars, also in February. Unlike the US and China missions, the UAE probe is not intended to land on Mars — just study the planet from orbit.

All three missions launched around the same time due to an alignment between Earth and Mars on the same side of the sun, making for a more efficient journey to the red planet.

Tianwen-1, whose name means “Quest for Heavenly Truth,” hopes to gather important information about the Martian soil, geological structure, environment and atmosphere, and to search for signs of water.

China’s ambitious space program triggered headlines last weekend when an out-of-control 40,000-pound rocket plunged into the Indian Ocean — triggering a rebuke from NASA for failing to “meet responsibility standards regarding (its) space debris.”

The Long March 5B rocket had launched part of China’s new space station into orbit in late April and had been left to hurtle through space uncontrolled until Earth’s gravity pulled it back in.