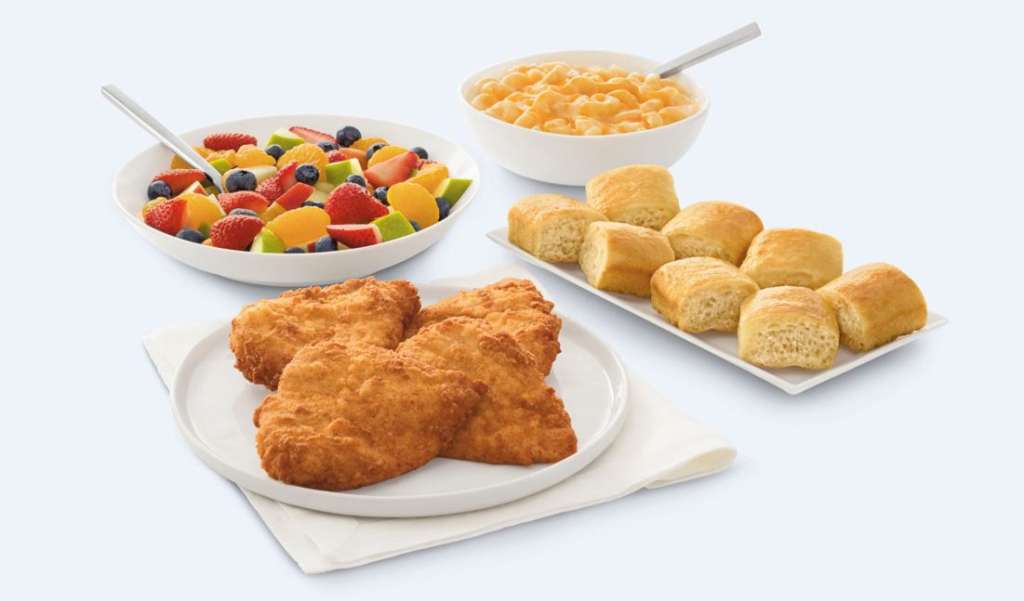 (WSVN) - Chick-fil-A is slowly rolling out new additions to its menu, and it’s sure to feed entire families.

According to Chick-fil-A, chicken sandwiches aren’t the only way to feed a hungry family, as three cities’ Chick-fil-A locations are beginning to offer family-style meals, starting Monday. These meals begin at $29.99 and include one entree, two sides and eight mini-rolls, which is expected to feed four people.

Get ready to clean up your drool as the family-style entree options include:

And yes, there are sides:

The cities where the new family-style meals will be tested are in Greensboro, N.C., Phoenix, Ariz. and San Antonio, Texas. The sides will also be tested as individual orders.

The three cities will test the new menu items until Nov. 18. If the meals prove popular, they could expand to the rest of the country.

A Chick-fil-A spokesperson said there should be no additional wait time for the large meals and that the meals can be ordered through the drive-thru or inside.

The family-style meals will eventually be added to the Chick-fil-A One app at a later time, the spokesperson added.