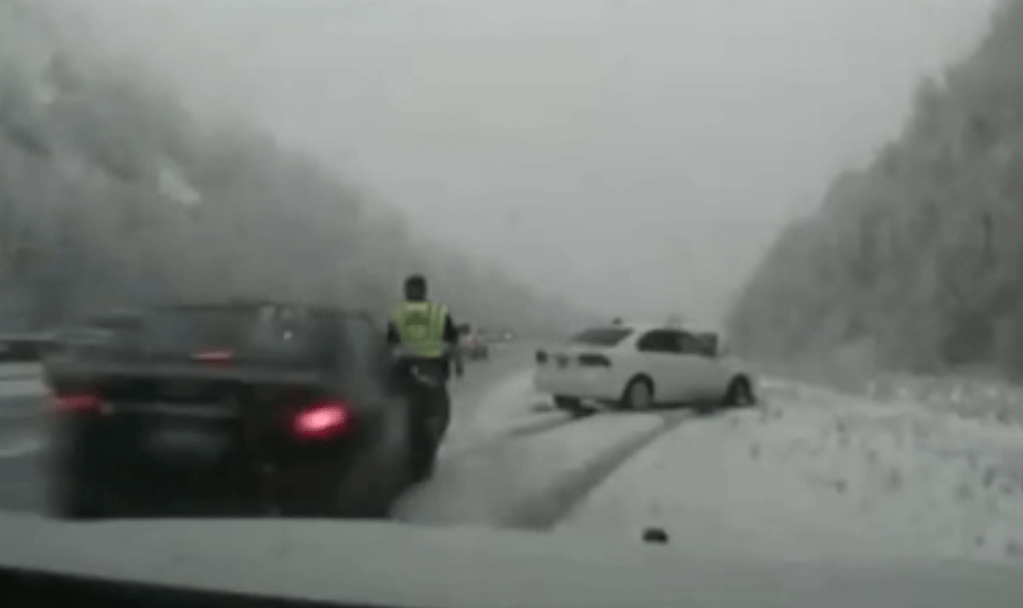 CACHE COUNTY, Utah (WSVN) — A state trooper in Utah is lucky to be alive after he was hit from behind by a vehicle sliding on an icy highway.

As Benchley walked on the highway’s shoulder, a sliding black car smashed into him from behind, launching him into the air. Benchley slammed into the car he had stopped to help, and at first was unconscious when multiple bystanders rushed to his aid.

“I woke up and I saw snow and I was laying there and knocked the wind out of me,” Benchley recalled Tuesday. “I was gasping for breath. I was right up against the car and I remember thinking to myself, ‘I’ve been hit.'”

One witness ran to Benchley’s patrol vehicle and used the radio to call for help, saying, “I need an ambulance, one of your officers has been hit by a car.”

The 13-year highway patrol veteran was taken to an area hospital with several broken ribs and a broken shoulder blade.

The Utah Department of Public Safety said Benchley was the 11th trooper hit on roads in the state so far in 2018.