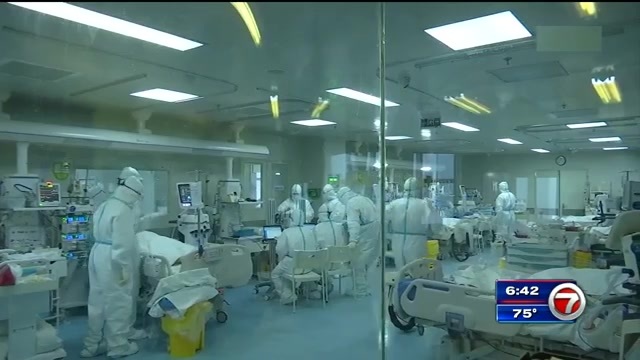 TORONTO (AP) — A Toronto hospital said Saturday it has a confirmed case of the deadly virus from China, Canada’s first.

Sunnybrook Health Sciences Centre said it is “caring for a patient who has a confirmed case of the novel coronavirus that originated in Wuhan, China.”

Officials said the man is his 50s and recently flew from Wuhan, China to Guangzhou, China and then on to Toronto on Jan. 23.

“He really wasn’t in Toronto very long. He wasn’t feeling well. I think he was at home and the people that live with him are in self isolation,” said Dr. Barbara Yaffe, Ontario’s Associated Chief Medical Officer.

The outbreak of the new virus originated in China, where it has killed 56 people, and has spread worldwide.

Australia and Malaysia reported their first cases Saturday — four each –and Japan, its third. France confirmed three cases Friday, the first in Europe, and the U.S. identified its second, a woman in Chicago who had returned from China.

In Canada, while the case has been confirmed by a test in Toronto, officials said it has yet to complete separate testing by the federal government’s National Collaborating Centre for Infectious Diseases in Winnipeg. The illness will officially be fully confirmed once it completes that testing.

Dr. David Williams, Ontario’s Chief Medical Officer of Health, said they are 95% sure it is the virus.

“This is the first presumptive confirmed case,” said Williams. “While we are convinced our tests do demonstrate positivity there is confirmation at the national medical laboratory in Winnipeg and once that is done is is a fully confirmed case.”

The man is now in stable condition in isolation. He was admitted to hospital a day after his flight to Toronto.

Coronaviruses cause diseases ranging from the common cold to SARS, or severe acute respiratory syndrome. SARS first infected people in southern China in late 2002 and spread to more than two dozen countries, killing nearly 800 including 44 Canadians. Toronto was hit hard by the outbreak. The Chinese government initially tried to conceal the severity of the SARS epidemic, but its cover-up was exposed by a high-ranking physician.