California patient is 3rd US case of new virus from China 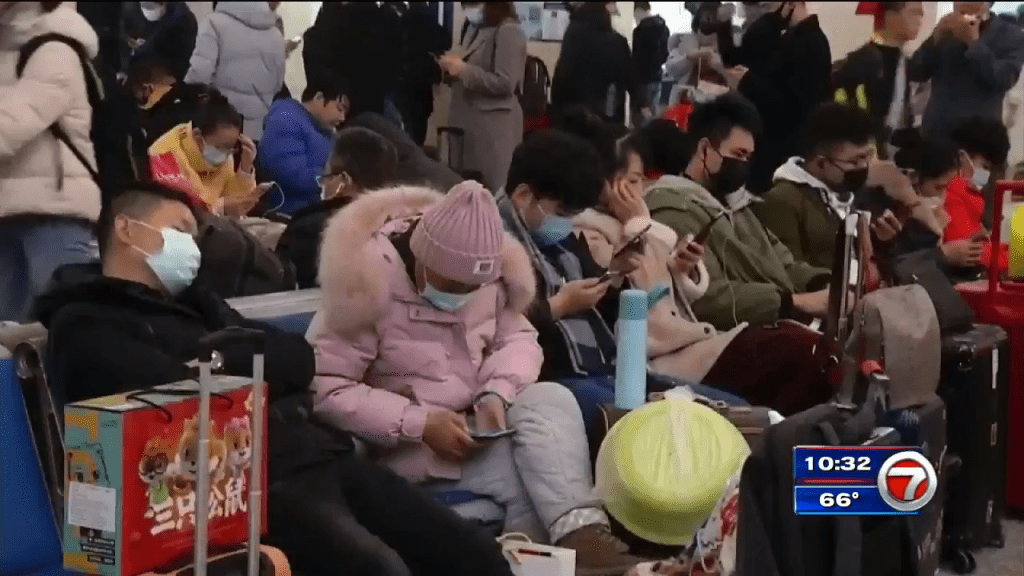 SANTA ANA, Calif. (AP) — A patient in Southern California is the third person in the U.S. to be diagnosed with the new pneumonia-like virus from China, health officials said.

The Centers for Disease Control confirmed a traveler from the Chinese city of Wuhan — the epicenter of the outbreak — tested positive for the virus, the Orange County Health Care Agency announced just before midnight Saturday. The patient is in isolation at a hospital and in good condition, a release from the agency said.

The virus can cause fever, coughing, wheezing and pneumonia. It is a member of the coronavirus family that’s a close cousin to the deadly SARS and MERS viruses that have caused outbreaks in the past.

The first known case in California comes on the heels of diagnoses in Washington state, on Jan. 21, and Chicago, on Jan. 24. Both patients — in Washington, a man in his 30s, and in Chicago, a woman in her 60s — had also traveled to China.

The death toll from the virus in China is at 56 so far. China has issued massive travel bans in hard-hit sections of that country to try to stem spread of the virus, and the U.S. Consulate in Wuhan announced Sunday that it would evacuate its personnel and some private citizens aboard a charter flight.

The CDC expects more Americans to be diagnosed with the newly discovered virus, which is believed to have an incubation period of about two weeks, as worldwide the number of confirmed cases nears 2,000. The CDC is screening passengers on direct and connecting flights from Wuhan at five major airports in Atlanta, Chicago, New York City, San Francisco and Los Angeles.

The Orange County patient had contacted local health officials, who provided guidance to reduce exposure to the public while awaiting laboratory confirmation from the CDC. The Orange County agency has consulted with the CDC and the California Department of Health and will follow up with people who have had close contact with the patient.

Guidance from the CDC advises that people who have had casual contact with the patient are at “minimal risk” for developing infection. There’s no evidence that person-to-person transmission occurred in Orange County, and the risk of local transmission remains low, the release said. Further details about the case weren’t released. The CDC hadn’t added the Southern California case to its summary of U.S. cases as of early Sunday.