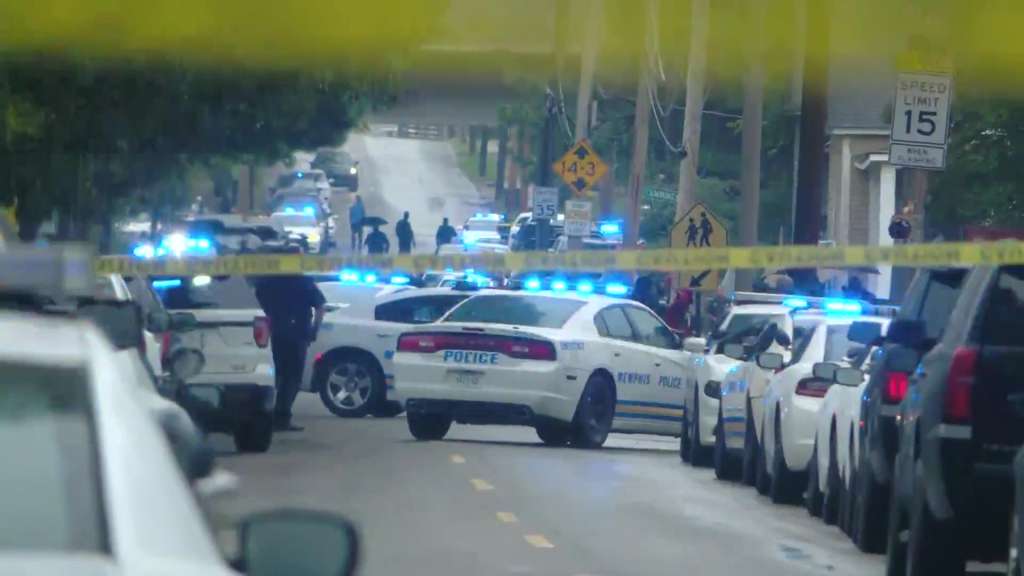 MEMPHIS, Tenn. (AP) — A teenage boy was shot and critically wounded Thursday at a school in Memphis, Tennessee, and police detained a second boy believed to be the shooter. The K-8 school was placed on lockdown and students were taken by bus to a nearby church to be reunited with frantic parents.

Memphis police identified both the victim of the shooting at the Cummings School and the shooter as “male juveniles.” The victim was 13, Assistant Police Chief Don Crowe said, but he declined to release the age of the suspect. He said both were students at the school.

“Certainly, at this point, we need everyone to be praying for that child and the child’s family so he can make a full recovery,” he said of the victim.

He said the suspect fled the school after the shooting, but later turned himself in at a police precinct.

Parents held umbrellas and talked with each other in a light drizzle as they waited for children to arrive at the church. Ebonnie Hayslett rushed to the school to make sure her two nieces were safe.

“The worst news you could receive is a shooting at a kids school,” she said. “My main concern was the kids being OK, the teachers, the faculty. No one wants to go pick up their kids and be surrounded by SWAT cars and police officers.”