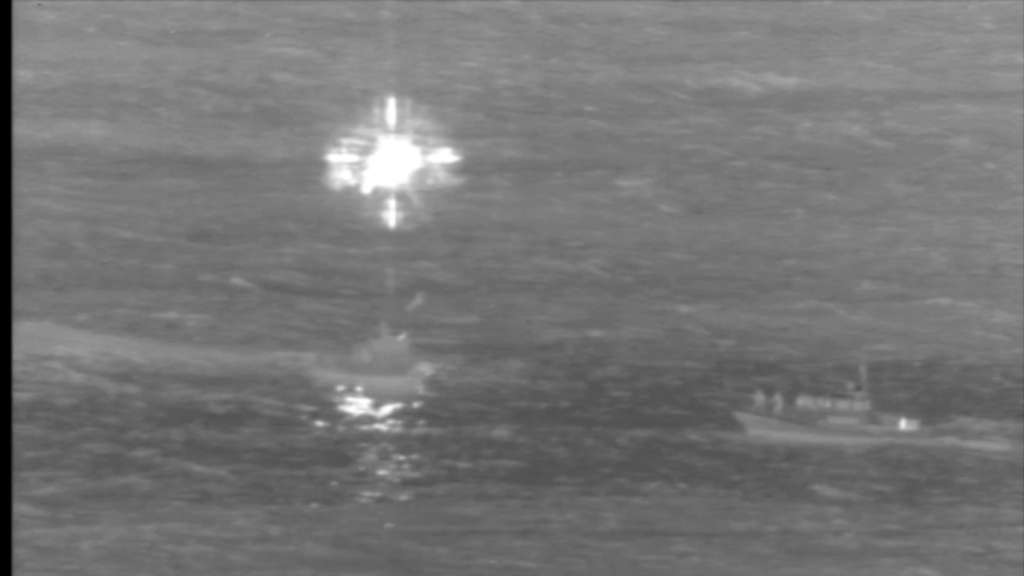 (CNN) — The pilots of a cargo plane that made an emergency landing off the coast of Honolulu, Hawaii, early Friday morning told air traffic controllers one of their engines had failed moments before the flight went down, according to LiveATC recordings reviewed by CNN.

“The pilots had reported engine trouble and were attempting to return to Honolulu when they were forced to land the aircraft in the water,” the Federal Aviation Administrationsaid in a statement to CNN, adding both crew members were rescued. “The FAA and National Transportation Safety Board will investigate.”

The plane, a Boeing 737, had taken off from Honolulu’s Daniel K. Inouye International Airport at 1:33 a.m., according to Flightradar 24. The flight-tracking website shows that shortly after it took off, the plane — referred to by the FAA’s statement as Transair flight 810 — began turning right and then signaled it was diverting to a nearby airport, Kalaeloa Airport.

The pilots reported they could not maintain airspeed and altitude following the failure of one of two engines on the Boeing 737-200, according to the LiveATC recordings, and that they suspected the second engine would also fail.

According to authorities, one of the crew members was rescued by the Coast Guard, while the other was rescued by officials from the Airport Rescue Fire Fighters based at Daniel K. Inouye International Airport.

Both crew members were brought to Queens Medical Center, West said, though he did not have information about their conditions.

“The weather on scene at the time of the rescue was winds of 17 mph and seas up to 5 feet,” the Coast Guard said in a subsequent news release.

According to the company website, Transair uses their Boeing 737 fleet to provide air cargo and charter services throughout Hawaii. The company has been in business since 1982.

In a statement, Transair CEO Teimour Riahi said the two crew members who were on board are receiving medical care.

“We are working with the Coast Guard, the FAA and NTSB to secure the scene and investigate the cause,” Riahi said. “Our most immediate concern is the care and recovery of our colleagues.”

FAA records show the plane was manufactured in 1975. It’s last airworthiness certificate was issued in 2015 and was set to expire in 2024.

A Boeing spokesperson told CNN in a statement the company was “aware of the reports out of Honolulu, Hawaii and are closely monitoring the situation.”

“We are in contact with the U.S. National Transportation Safety Board and are working to gather more information.”

The NTSB initially told CNN it was sending a team of seven investigators to look into the incident, but the agency later said it would send 10.