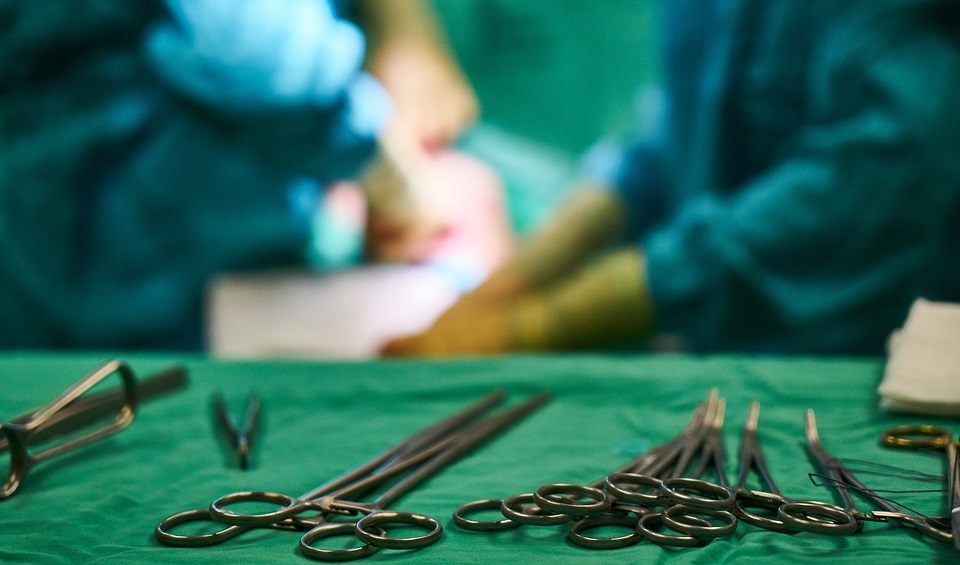 BATON ROUGE, La. (AP) — The body of a Louisiana man who wanted it donated for science was dissected before paying viewers at an “Oddities and Curiosities Expo” in Oregon, news agencies report. His wife is aghast.

“As far as I’m concerned, it’s horrible, unethical, and I just don’t have the words to describe it,” Elsie Saunders of Baker, a Baton Rouge suburb, told The Advocate. “I have all this paperwork that says his body would be used for science — nothing about this commercialization of his death.”

Saunders’ husband, World War II and Korean War veteran David Saunders, died of COVID-19 at age 98. She said she learned his dissection had been watched by people paying up to $500 a seat when she was called Tuesday by Seattle station KING-TV.

The station had sent an undercover reporter to an Oct. 17 dissection organized by DeathScience.org when the traveling “expo” stopped at a hotel in Portland, Oregon. The photojournalist spotted a bracelet with the typed name David Saunders on one wrist of the body described as that of an 86-year-old man.

A similar event scheduled for Halloween in Seattle was canceled after KING-TV’s reports.

Elsie Saunders told the Baton Rouge newspaper Wednesday that Louisiana State University’s medical school had declined to take her husband’s body because he had died of COVID-19. After that, she said, she was connected with Med Ed Labs of Las Vegas.

The company had never before worked with Death Science, which promised professional use of the body, manager Obteen Nassiri told The Advocate. He told KING-TV that Death Science founder Jeremy Ciliberto claimed it would be used for a medical class.

Ciliberto did not immediately respond to on email sent Thursday to Death Science Club or to a chat message sent through the Death Science website by The Associated Press.

He told KING-TV he pays Med Ed more than $10,000 each for cadavers, but would not give the exact amount.

He told the newspaper in an emailed statement Wednesday that Med Ed, which also supplied the anatomist who performed the autopsy, knew attendees would not be “exclusively medical students.”

Ciliberto told KING-TV that Med Ed had not told him Saunders had died from COVID-19 and he would no longer work with that company.

“We respect our donors and their families, and appreciate their generous gift,” Nassiri said. “I told Ms. Saunders: I’m sorry, I’m on her side.”

He said the body tested negative for the coronavirus before it was turned over to Med Ed. The virus probably had died by then, he said, and the test meant nobody present for the dissection was at risk.

Death Science recently sent an email recommending everyone at the Oct. 17 session get tested for the virus as a precaution though embalming would have killed it, KING-TV reported.

Greg Clark, owner of south Louisiana-based Church Funeral Services, which prepared Saunders’ body, said he was disgusted to learn about the ticketed public dissection and has stopped working with Med Ed.

“We’re extremely sad for his widow because this is not what her intentions were,” he told the newspaper.

Saunders said she hopes people will honor her husband’s life after hearing the story of his death.

The two were married for 10 years and had known each other more than six decades. They moved to Baker from Chalmette, which is outside New Orleans, after Hurricane Katrina, Elsie Saunders said.

She said they wore masks in public and generally stayed home because of the pandemic, but her husband was infected during the delta variant’s summer surge.

“He was very patriotic,” she said. “He figured his body donation was an act of patriotism, too, because it would be used to help somebody else maybe.”

This version of the story corrects Saunder’s first name to David, not Donald as reported earlier.