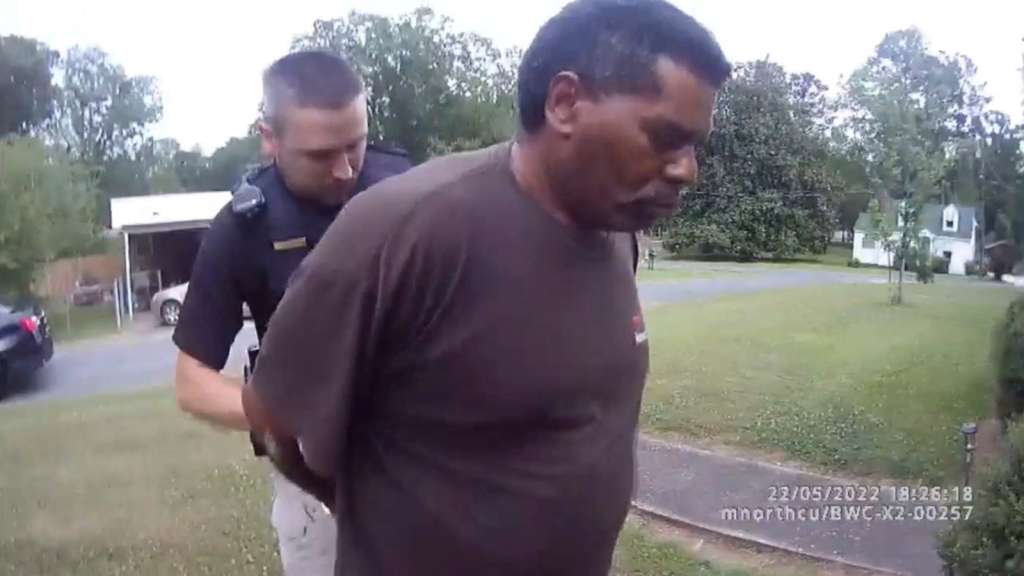 (CNN) — Attorneys for Michael Jennings, a Black pastor arrested while watering his neighbor’s flowers, filed a lawsuit in federal court on Friday alleging that the three Childersburg, Alabama, police officers who arrested him violated his rights under the First and Fourth amendments.

Jennings was arrested in May after neighbor who didn’t recognize him called police, thinking Jennings was a suspicious person at another neighbor’s house, who was out of town, CNN previously reported.

In a Saturday news conference, Jennings said he felt dehumanized and humiliated during the arrest and that his wife and a neighbor pleaded with police to release him.

“What they did that day, they did with impunity, figured there would be no action taken against them. I felt dehumanized, I felt little,” Jennings said. “I felt helpless, and it hurt me.”

He added that despite verbally identifying himself to the responding officers, police did not believe him. Jennings said he didn’t have physical identification on him and told police he would not go retrieve it and provide it to the officers.

Jennings was taken into custody and booked into Talladega County Jail where he was released after posting $500 bail, according to the lawsuit.

Jennings’ charges were dismissed with prejudice on June 1, according to the suit.

Jennings’ attorneys said Saturday that based on their interpretation of Alabama law, Jennings had permission to be on private property and therefore was not required to identify himself to the officers.

‘Not here for revenge’

Attorney Harry Daniels said he hopes the interaction, captured on a video that has since gone viral, puts law enforcement across the nation on notice that “that’s not how it’s done” and went on to praise the pastor’s calm and collected nature during and after his arrest.

Another attorney for Jennings, Bethaney Embry Jones, said police should be more familiar with the laws, adding the incident should have never taken place.

Alabama NAACP President Benard Simelton urged people who find themselves in situations similar to Jennings’ to document what happens.

Jennings said on Saturday that the Childersburg mayor has not yet reached out to him regarding his arrest.

The lawsuit is seeking relief from the courts as well as a jury trial, according to Daniels.

CNN reached out to Childersburg Mayor Ken Wesson and the Childersburg Police Department on Saturday for comment but did not receive a response.