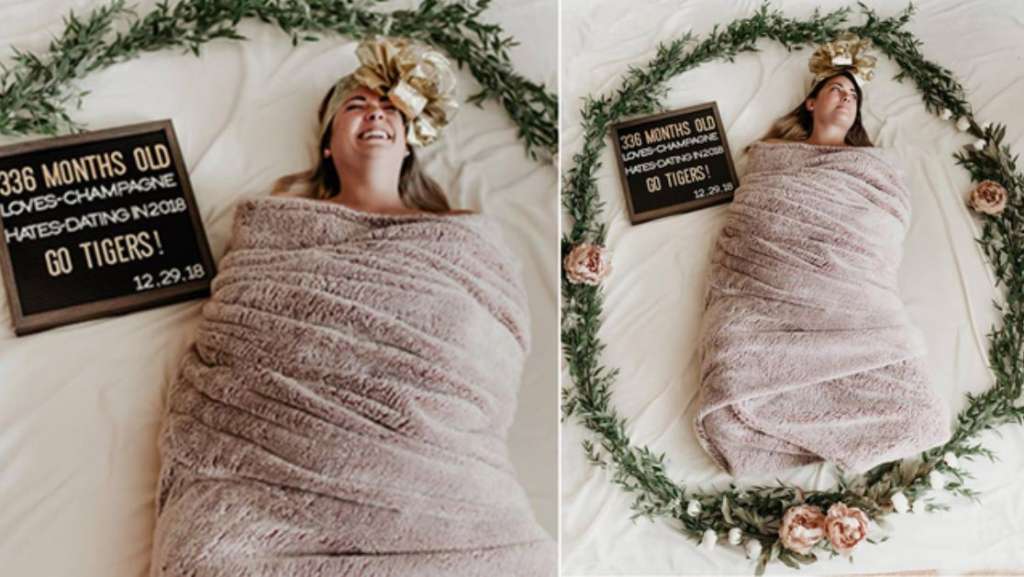 IRMO, S.C. (WSVN) — A photographer’s photos of an adult woman swaddled like a baby are going viral.

According to Fox 13, Stephanie Smith of Southern Stitched Photography took photos of her best friend Nicole Ham who was turning “336 months old.”

The photos show Ham wearing a large bow, swaddled in a blanket, next to a sign that reads “Loves: Champagne, Hates: Dating in 2018. Go Tigers!”

Smith shared the photos with the caption, “Because your best friend only turns 336 months once.”

Smith said the idea was Ham’s, and her mother helped get all the materials needed for the shoot.

“From shopping and laying out flowers in the store to see if we had enough to fit an adult, to a collaborative effort between myself and Nicole’s mom to swaddle her … We couldn’t keep a straight face!” Smith told Fox 13.