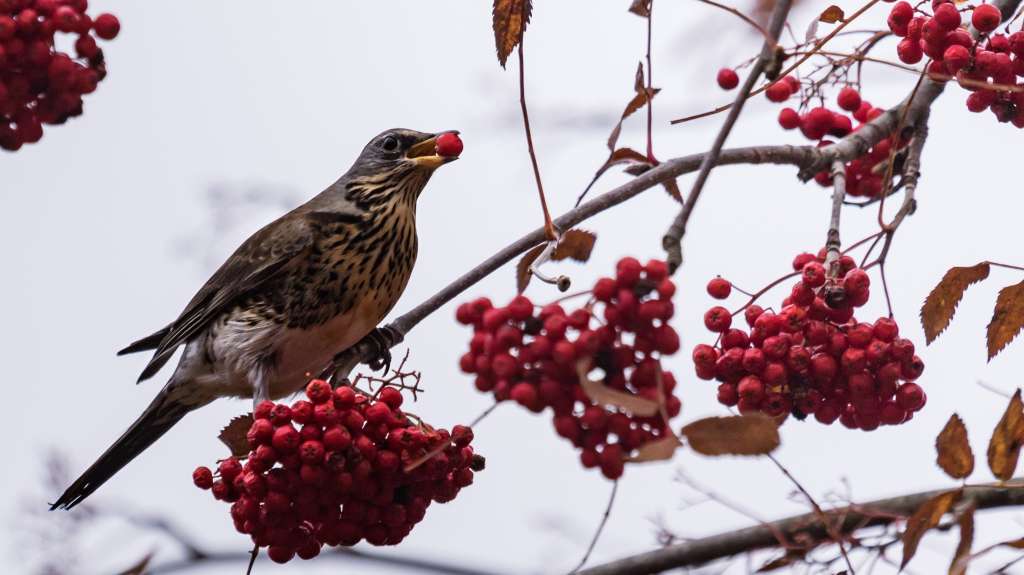 (CNN) — Robins, cedar waxwings and other birds in Gilbert, Minnesota, are flying into windshields, bumping into trees and looking mighty disoriented.

Police there say there’s no need to worry — the birds are just a little drunk.

“It appears some birds are getting a little more ‘tipsy’ than normal,” Gilbert Police Chief Ty Techar wrote this week in a Facebook post.

No, the town’s birds aren’t downing worm-flavored margaritas. Techar believes their confused state is the result of eating berries that have fermented earlier than usual due to an early frost.

“Many birds have not migrated south, so it appears to be more prevalent than in past years,” he said. “Younger birds’ livers cannot handle the toxins as efficiently as more mature birds.”

Is this true? Are the birds really drunk?

Yes, said Anna Pidgeon, an associate professor at the University of Wisconsin’s Department of Forest and Wildlife Ecology, who notes it’s not a rare phenomenon.

“It’s more typical in late winter, early spring when berries that have been on branches ferment due to the yeast that’s on them,” she said.

Robins and cedar waxwings rely primarily on fruit and are more susceptible to “getting drunk,” said Pidgeon. (Yes, that’s really her name.)

Getting intoxicated can be quite dangerous for them, she said.

“(They) lose their coordination, they lose their natural ability to escape predators — including poor judgment when it comes to flying.”

The birds can also get alcohol poisoning.

Pidgeon recommends that anyone who finds a woozy bird should put it a dark, safe place — such as a shed or a cardboard box — until it recuperates and can fly without crashing into things. Drawing blinds can also help protect confused birds that may try to fly into windows, she said.

During mass migrations, young, naïve birds often collide with windows, getting concussions or breaking their necks. That, Pidgeon said, is the bigger problem.

“Relative to other sources of fatality of birds, alcohol poisoning isn’t a huge risk,” she said. “It’s very short term.”

Expert: No, it has more to do with migration

But Laura Erickson, author of the “National Geographic Pocket Guide to Birds of North America,” said most of what people are seeing in northern Minnesota are not drunk birds at all.

She said she’s gotten hundreds of calls and emails from people who say they’ve seen birds running into cars and homes. But none of those birds, Erickson said, has been the fruit-eating kind.

Instead, she said, they’re yellow-rumped warblers and sparrows migrating through Minnesota. So far this fall the state is seeing an especially heavy flow of birds passing through, flying closer to the ground in search of food, she said.

“There may be some intoxicated birds up in Gilbert, but this (migration) is so widespread right now,” said Erickson, who lives in Minnesota. “This is precisely the time of year when we get our peak migration of sparrows and yellow-rumped warblers.”

But what about the poor drunk birds in Gilbert?

Techar, the police chief, said not to be alarmed. The birds will just sleep it off.

“There is no need to call law enforcement about these birds,” he said, “as they should sober up within a short period of time.”