Biden tells Floridians to heed warnings over Hurricane Ian: ‘The danger is real’ 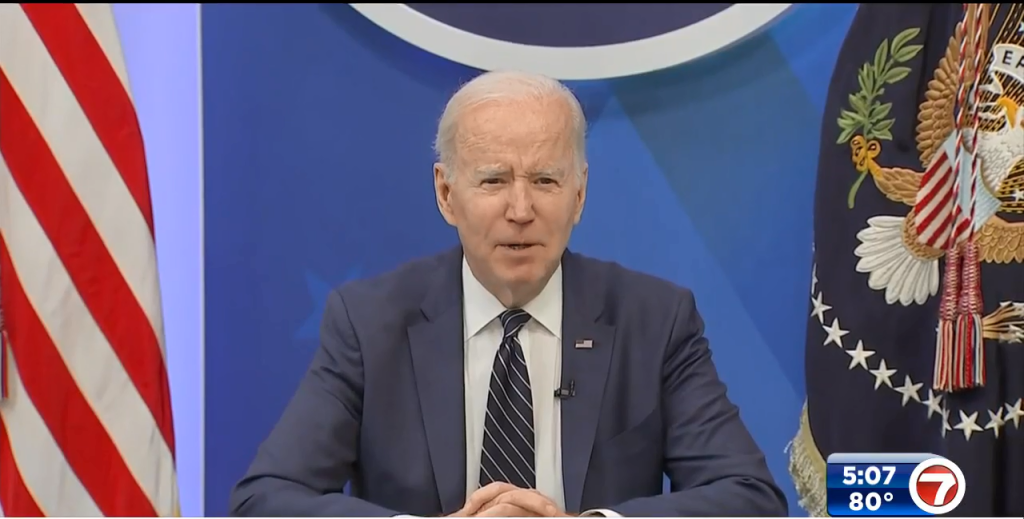 “This storm is incredibly dangerous, to state the obvious. It’s life-threatening. You should obey all warnings and directions from emergency officials. Don’t take anything for granted. Use their judgment, not yours. Evacuate when ordered. Be prepared. Storm warnings are real, the evacuation notices are real, the danger is real,” Biden said as he began remarks at the White House Conference on Hunger, Nutrition, and Health.

The Category 4 — near-Category 5 — storm is projected to reach the state’s southwestern coast in the morning and move onshore later Wednesday with catastrophic flooding, sustained winds of 155 miles per hour and life-threatening storm surge, officials have warned. Biden continues to closely monitor the storm and receive regular updates.

He said Wednesday that he spoke with state and local officials, including a trio of mayors of cities affected by the storm and Gov. Ron DeSantis, a Republican who has previously clashed with the President and his administration.

Biden said his team has been in “constant contact” with DeSantis.

“My message has been absolutely clear: It’s that we are on alert and in action through every request Florida has made for temporary assistance, emergency assistance, long term assistance that I received,” Biden said of his conversations with those officials.

He said he’s discussed preparations for the storm with officials, including hundreds of Federal Emergency Management Agency personnel, thousands of National Guard members and the development and deployment of search and rescue teams. FEMA, he said, has pre-positioned water, meals, and generators, as well as shelters.

Biden also offered an emphatic warning to oil and gas executives. He warned that if any gas companies do try to use the storm to raise prices at the pump he will ask officials to look into price gouging.

“This small temporary storm impact on oil production provides no excuse – no excuse – for price increases at the pump. None,” Biden said,

The President noted that experts have informed him that about 190,000 barrels of oil a day have been affected by the storm thus far, which is less than 2% of the United States’ daily production.

“America is watching. The industry should do the right thing. As a matter of fact, they should move more quickly now to bring down the price at the pump because gasoline is down a great deal. There’s too much of a delay,” Biden said.