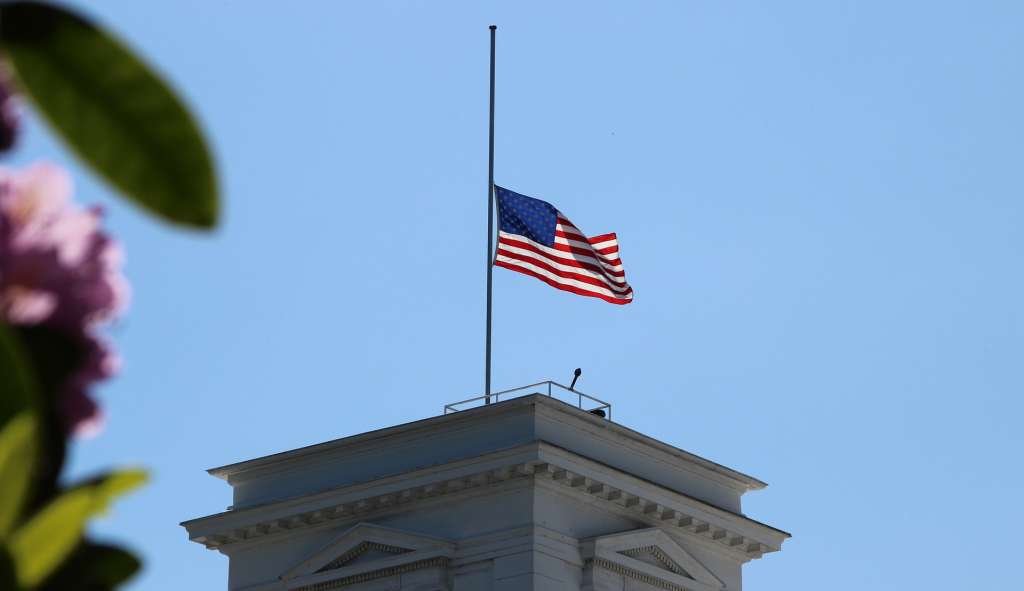 (WSVN) - President Joe Biden has ordered flags to be flown at half-staff to honor the victims killed in a string of shootings in the Atlanta area.

“I hereby order that the flag of the United States shall be flown at half-staff at the White House and upon all public buildings and grounds, at all military posts and naval stations, and on all naval vessels of the Federal Government in the District of Columbia and throughout the United States and its Territories and possessions until sunset, March 22, 2021,” Biden said in a proclamation.

The directive also applies to flags at US embassies, legations, consular offices, and other facilities abroad, including all military facilities and naval vessels and stations.

Eight people were gunned down at three different massage parlors in the Atlanta area. Six of the eight victims were of Asian descent.

Authorities arrested 21-year-old Robert Aaron Long and charged him with the killings.

The shootings come amid high reports of violence and attacks on Asian Americans amid the coronavirus pandemic.