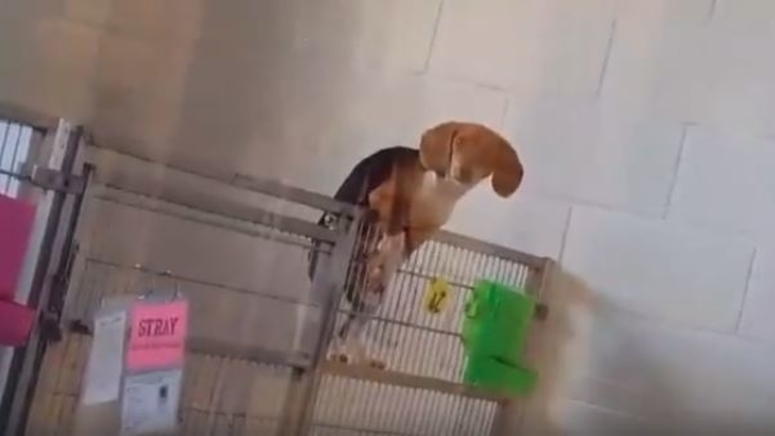 WINDSOR, Va. (AP) — A video of a beagle at a Virginia animal shelter scaling her cage in an escape attempt has generated calls of interest from across the country.

Emily Glickman, a caretaker at the shelter in Windsor, said by phone Thursday that its new owner plans to take her home Friday.

The adopter claimed the dog, named Buttermilk, long before the video went viral.

The Isle of Wight County Animal Shelter posted a Facebook video of the escape attempt Tuesday, generating more than 70,000 views. It shows Buttermilk gingerly climbing a 4-foot cage’s wall before perching atop it.

“For some strays, we can only assume how they come into our care… however lately Buttermilk has shown staff just how she probably ended up with us,” the shelter wrote on Facebook. “Whoever adopts this cutie is going to need to keep a regular eye on her! She may be tiny but she is MIGHTY and has super climbing powers!”

The shelter’s animals are often named after food brought in by volunteers. In Buttermilk’s case, it was pancakes.