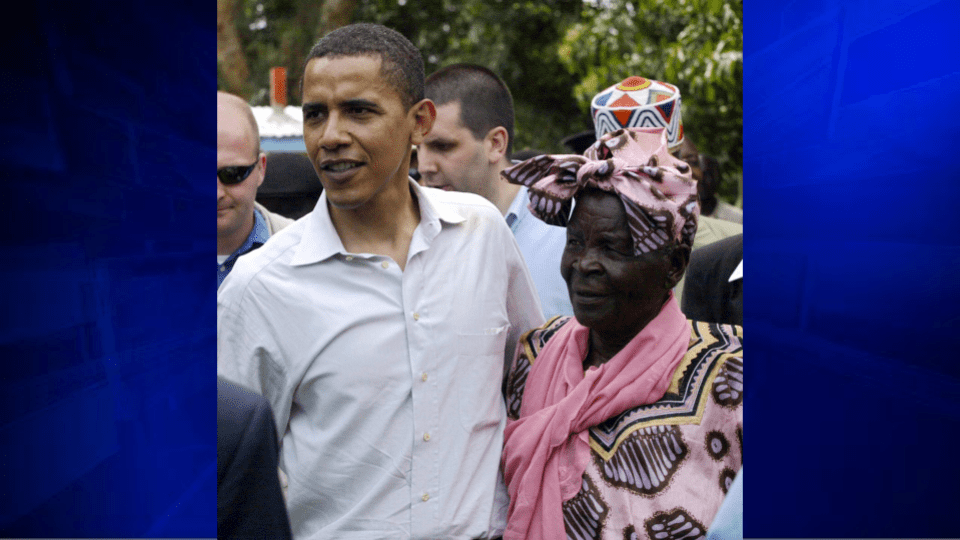 (CNN) — Former US President Barack Obama’s step-grandmother, Sarah Obama passed away Monday while receiving treatment for an undisclosed ailment at a hospital in Kisumu, Western Kenya, authorities said in a statement. She was 99.

“The passing away of Mama Sarah is a big blow to our nation. We’ve lost a strong, virtuous woman. A matriarch who held together the Obama family and was an icon of family values,” said Kenyan President Uhuru Kenyatta in a statement.

‘Mama Sarah’ as she was popularly known, was the third wife of the former US leader’s paternal grandfather, Hussein Onyango Obama and helped raise the former president’s father, Barack Sr.

President Obama called her ‘Granny,’ in his book ‘Dreams from My Father,’ and she rose to national prominence in 2006 after the then US senator visited Kenya.

Obama was received by Mama Sarah in subsequent visits in 2015, when he became the first US president to visit Kenya, and in 2018 after he left office.

The former US president has commiserated with his Kenyan kinsmen over the loss of the matriarch, members of the Obama family said, according to local media reports.

The late nonagenarian was a devout Muslim, and will be remembered for her philanthropy.

President Obama’s half sister Auma paid tribute to their grandmother on Twitter.

“Just lost the most important person in my life – my gran, Mama Sarah,” she wrote. “My heart is broken! But as I write, not able to stop the tears from pouring, I know I was blessed to have her for so long! My inspiration, my rock, my comfort zone, my safe space. Rest in peace Dani! ”

Obama was also renowned for her strides in helping indigent children acquire education in Kenyan communities through her foundation.

In 2014, she also received the United Nations’ Pioneer Award for her foundation’s efforts in education.