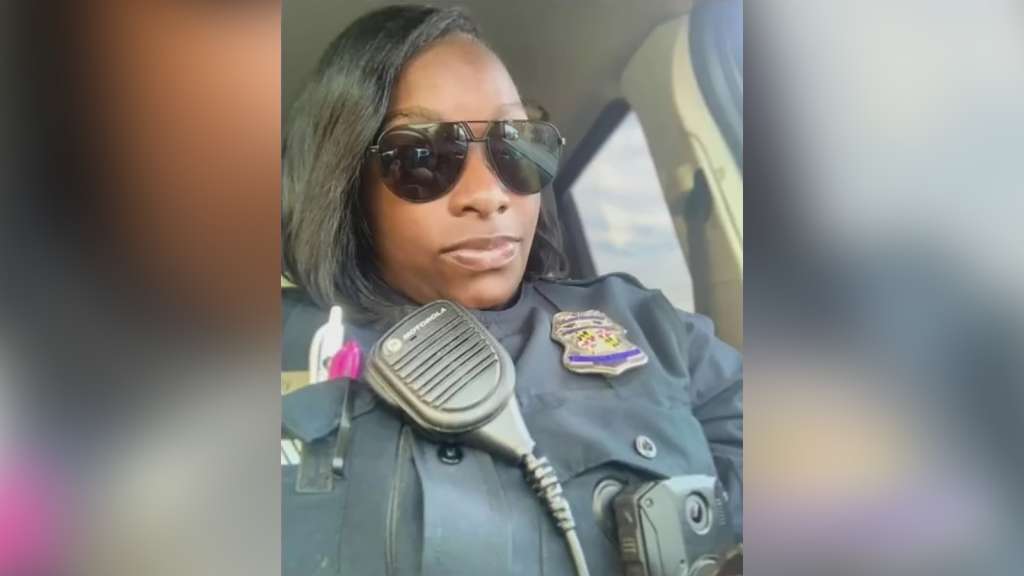 “Her health has been deteriorating over the last couple of days and her family, in consultation with her doctors, has had to make the most difficult decision,” Harrison said in the statement, adding that Holley’s “strength, courage and resilience are an inspiration to us all.”

“Baltimore will never forget Officer Holley’s sacrifice and commitment to making a difference in her beloved city. I ask that everyone please keep Officer Holley’s family in your prayers as they endure the holiday season without their mother, daughter, sister and loyal friend,” he said in the Baltimore Police Facebook statement.

The fatal shooting occurred at 1:30 a.m. on December 16 when an assailant “apparently walked up somewhere from the rear of the (police) vehicle or alongside the vehicle and began firing into the vehicle striking our officer,” Harrison said last week. Holley then accelerated the patrol vehicle and crashed, officials said.

Two men, Elliot Knox, 31, and Travon Shaw, 32, were charged last week with attempted murder in the shooting. They were also charged with murder in the death of Justin Johnson, who was shot in a residence shortly afterward not far from where Holley was attacked. Harrison said both men confessed to the crimes.

“What we now know is that both shootings are related,” Harrison said after Holley was shot. “As we now know the perpetrators of Officer Holley’s shooting, they then left that scene, went to Lucia Avenue and then committed that homicide of Justin Johnson.”

A spokesperson for the Maryland Office of the Public Defender, which is representing Shaw, had no comment Sunday. CNN is trying to identify the attorney for Knox.

Knox and Shaw are being held on no bail status, according to CNN affiliate WBAL. A preliminary court hearing for them is set for January 20, according to court records.

Marilyn Mosby, the state’s attorney for Baltimore City, said in a statement posted to Twitter she is “heartbroken” and plans to prosecute the suspects to the “fullest extent of the law.”

“As the State’s Attorney for Baltimore City, I intend to prosecute to the fullest extent of the law, those individuals responsible for this horrific incident. Violence is always unacceptable, especially when the target is those who are committed to protecting the city,” Mosby said in the statement.