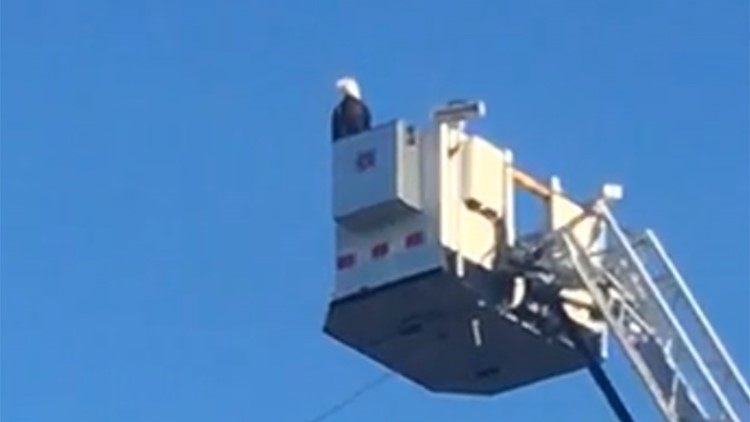 COON RAPIDS, Minn. (WSVN) — Communities across the country paid tribute to the victims of the September 11 attacks on the 17th anniversary Tuesday. But those attending one memorial in Minnesota witnessed a beautiful moment, as a bald eagle landed on their U.S. flag display.

The Andover Fire Department shared live video on Facebook of their memorial on a bridge, with two aerial trucks holding a large flag to honor those who lost their lives.

It was during this tribute that a bald eagle landed at the top of one of the trucks, while Andover Fire Chief Jerry Streich marveled at the sight during their livestream.

“Isn’t that unbelievable?” Streich said in the video. “This eagle just landed on the aerial while we’re doing the 9/11 memorial. Phenomenal.”