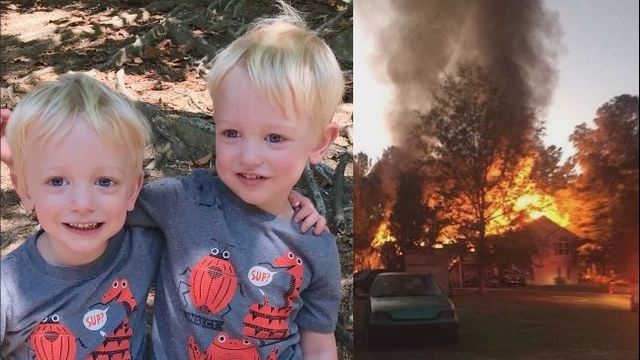 NEWNAN, Ga. (WSVN) — A babysitter is being credited with saving the lives of two young boys in her care, after a fire ripped through a Georgia home.

Tonya Cox says 17-year-old Hailey Arnold is a hero. Arnold was watching over Cox’s twin grandsons when an electrical fire broke out in the boys’ playroom, Fox 5 reports.

“It was just instinct. They’re not even my kids and that was the first thing I could think of. It wasn’t ‘grab my stuff’ or ‘grab the dogs’ or anything like that. It was ‘grab the kids and run,’” Arnold said.

Arnold fled the burning home with the toddlers and called 911. By the time firefighters put out the flames, the home was gutted.

Cox said when she arrived home, Arnold admitted she was afraid the family would be mad at her.

“It was the exact opposite that all I could do was squeeze her so tight,” Cox tearfully told WXIA.

Despite losing all of her belongings, Cox said she is grateful to Arnold for saving what was truly important and priceless: her grandchildren.

A GoFundMe account has been set up to assist the family.