Authorities in California seize $60,000 worth of meth hidden in child booster seats 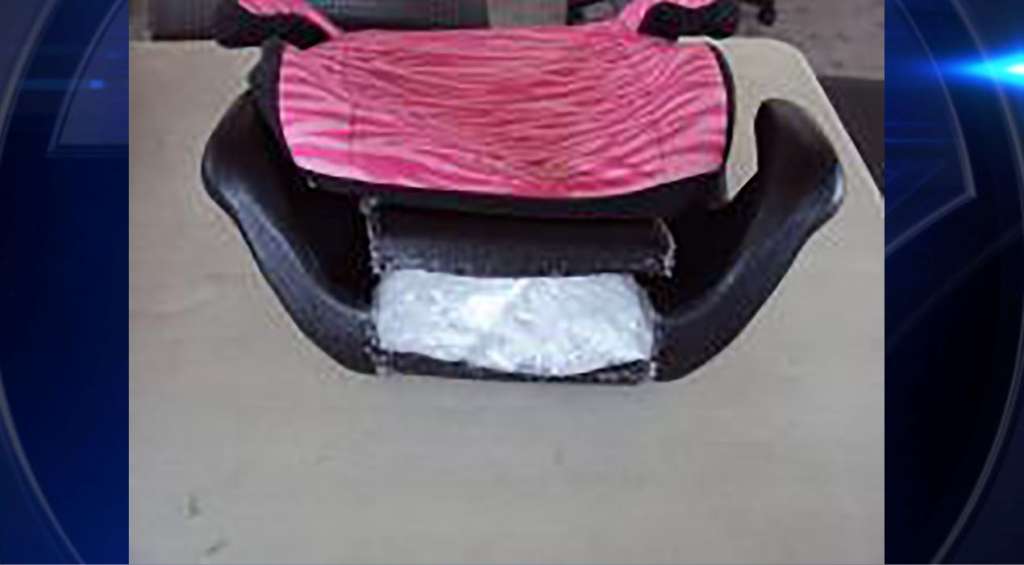 (CNN) — US Customs and Border Protection officers have seized $60,000 worth of methamphetamine hidden in child booster seats at a checkpoint in California, the agency said.

Agents assigned to the Newton Azrak Border Patrol Station in Murrieta stopped a driver on an interstate north of the checkpoint on Wednesday. There were two adults and four children inside the vehicle, authorities said in a news release on Friday.

The agency dispatched a K-9 team, which detected the presence of narcotics inside the children’s three booster seats, the agency said.

“In those booster seats, several packages were found containing a white crystal substance that tested positive for methamphetamine,” according to the release.

The inspection revealed that the driver — a United States citizen — was in possession of 26.9 pounds of methamphetamine with an estimated street value of $60,000, authorities said.

The driver and the narcotics were turned over to the Inland Crackdown Allied Taskforce, a multiagency group hosted by the California Department of Justice, for prosecution and the vehicle was seized by Border Patrol, the release said.

The four children and their mother were released.

“Our agents continue to work around the clock to protect our communities,” said Aaron M. Heitke, chief patrol agent at the San Diego sector. “Drug smugglers will use any means necessary to get their poison onto our streets. Nothing is sacred to them, not even family.”