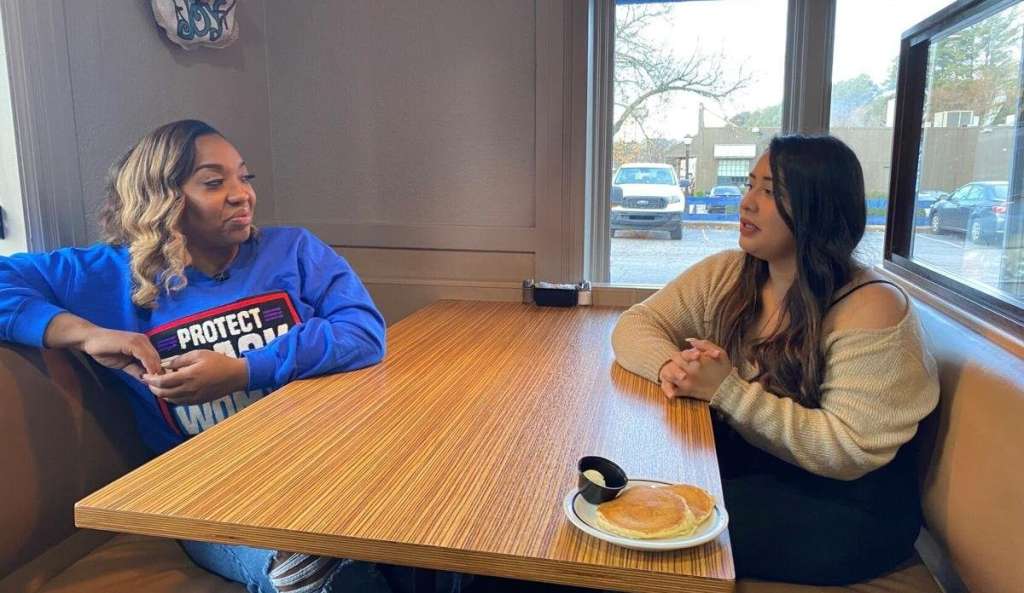 Christmas came early for a metro Atlanta waitress thanks to generous strangers on social media. Jazmine Castillo says she was left speechless after a customer's Facebook post led to thousands of dollars in deposits through Cash App last Thursday. (Courtesy: WGCL)

Jazmine Castillo says she was left speechless after a customer’s Facebook post led to thousands of dollars in deposits through Cash App last Thursday.

Rita Williams was dining at a busy IHOP in Murrow when she witnessed Castillo was stretched thin, according to the post. She says Castillo remained kind, patient and professional while managing each table.

“I was like, I’m going to tip her well,” Williams said.

But despite the tab, Williams said the pleasant customer service she experienced called for a big tip.

Williams says she rarely carries cash but, on that day, she had two $20 bills.

Castillo was startled because she says on a typical day, it takes at least seven tables to make $40 in tips.

The two had a brief conversation and Castillo expressed her gratitude telling Williams that life had been challenging recently.

Williams said she wanted to surprise Castillo in a big way after their talk. So, she asked Castillo for her Cash App information.

Later that day, Williams sent Castillo $500 and went to Facebook to post about her experience at the restaurant.

Within a span of 20 minutes, Castillo noticed her phone kept dinging.

“I hear the notifications,” Castillo said. “I don’t usually get Cash Apps; I didn’t know what was going on.”

Within one week, about $10,000 has been donated through the app.

“I had a couple of bills overdue,” Castillo said. “My mom is sick, she just got out of the hospital Thanksgiving Day. Her medicine and hospital bills – I can finally help with that. It’s hard.”

And because of the donated money, Castillo says her holiday season will be a bit brighter.

“I am beyond happy for Jazmine,” Williams said. “I don’t think it could’ve happened to a better person.”