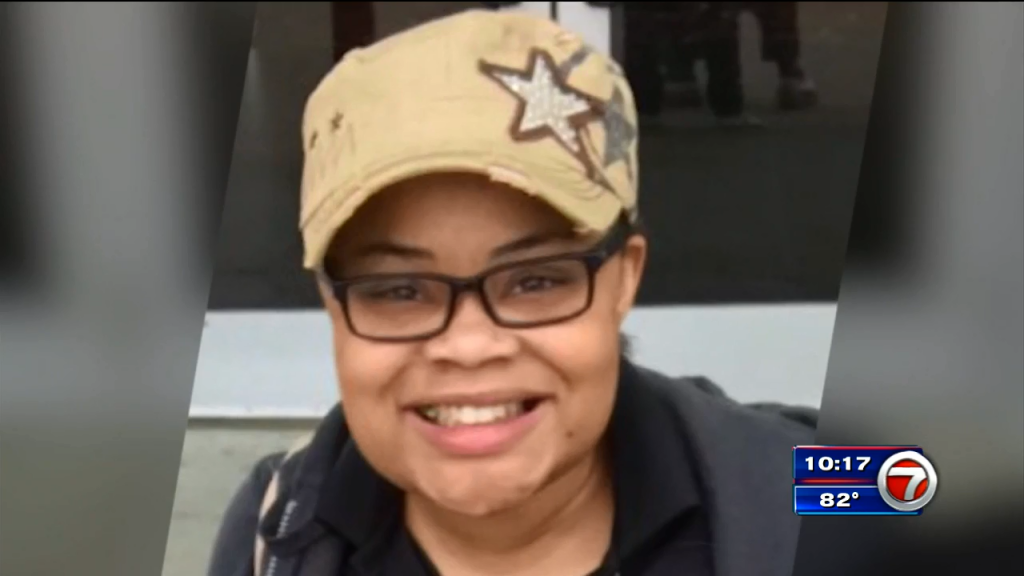 (CNN) — The burial of Atatiana Jefferson, who was fatally shot by a Fort Worth police officer, has been delayed after her father was granted a temporary restraining order, according to court records.

Jefferson’s family as well as dozens of Fort Worth-area residents were expected to gather at The Potter House in Dallas on Saturday, a week after an officer killed her while she was inside her home. Police arrived at her house while she was with her 8-year-old nephew because a neighbor called the police to express concern about her open front door.

But Dallas County Judge Brenda Hull Thompson signed an order Friday saying that Marquis A. Jefferson, whom a death certificate lists as Atatiana Jefferson’s father, has full authority to make arrangements for her funeral and burial.

Marquis Jefferson, who sought the restraining order so he could be included in the arrangements, is planning his daughter’s funeral for Thursday instead, Bruce Carter, a spokesman for the family, told reporters Friday night.

Despite the legal action, Carter said Jefferson has a good relationship with his daughter’s mother and siblings, who use the last name Carr.

“The Carr family is invited, there is room for them, they are more than welcome, they’ll be respected, they’ll be treated with dignity and that’s what should happen,” he said.

A hearing is scheduled for Monday to determine if the restraining order will continue.

Shot while playing video games with her nephew

Former Fort Worth Officer Aaron Dean, one of the officers who responded to the call at Jefferson’s house, resigned from the force and has been charged with her murder. Jim Lane, a Fort Worth attorney who is representing Dean, declined to comment on the case.

Jefferson, 28, was playing video games with her nephew when the two officers arrived, responding to a concerned call from a neighbor about the exterior doors being open at that late hour.

As officers walked in the dark outside the house, Jefferson heard the noise in the backyard, pulled a gun from her purse and pointed it toward the window, police said.

Body camera footage shows Dean yelled, “Put your hands up! Show me your hands!” before he fired through the window, killing Jefferson.

The officers had not identified themselves as police officers.

Remembering a woman who loved her family

Jefferson had recently moved back home to Fort Worth to take care of her ailing mother. That night, she was looking after her nephew while her mother was in the hospital.

Amber Carr, Jefferson’s older sister, said her son shared a special bond with his “Aunt Tay.” They didn’t just play video games together — his aunt taught him life skills, such as writing a schedule to help him stay organized and showing him how to be better prepared for school.

Jefferson had been looking forward to taking her nephews to the State Fair of Texas while Carr recovered from major heart surgery.

“The relationship she has with my sons is indescribable,” Carr said. “Sometimes people think that they’re her kids, not mine.”

“Tay was love. And that smile? Lord have mercy, it could brighten up any room,” her father told reporters Friday night.

Jefferson not only loved her family, she loved helping others. She graduated with a pre-med degree in biology from Xavier University of Louisiana in 2014 and was working in pharmaceutical equipment sales, civil rights attorney Lee Merritt said.

NBA and NFL stars to pay for funeral

Sacramento Kings forward Harrison Barnes and his wife, Brittany, are paying most of the funeral costs. Philadelphia Eagles defensive tackle Malik Jackson has committed to paying for the rest, the Jefferson family’s attorney told the Dallas Morning News.

Barnes, an eight-year NBA veteran who played with the Dallas Mavericks for nearly three seasons before a trade to the Kings in February, told reporters he wanted to give back to the community.

“My wife and I wanted to do something for that family,” Barnes said to reporters in a video posted by NBC Sports. “It was a tragic situation that happened. No one should be killed during a wellness check, but the biggest thing is, anytime someone has to go through that, the last thing they want to have to worry about is trying to come up with the money for a funeral.”