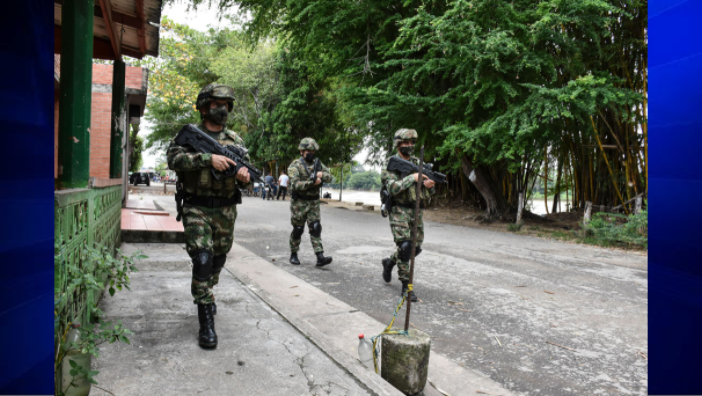 (CNN) — As many as 23 people have been killed in clashes between rival guerrilla groups in Colombia’s northern Arauca area, according to a spokesperson from the Attorney General’s office.

“We are proceeding with the preliminary figure of 23 victims, but the information is still not [fully] clear. It’s very hard to enter the area where the clashes occurred, so these numbers must be handled with care,” spokesperson Paola Tovar told CNN.

Colombia’s ombudsman Carlos Camargo said that fighting first erupted between the National Liberation Army — the largest leftist guerrilla group in the country known by its Spanish acronym ELN — and dissident factions of the Revolutionary Armed Forces of Colombia, or FARC, in the early hours of January 2.

The ELN and FARC dissident groups, formed by rebel fighters who refused to enter the Colombian peace process in 2016, were fighting over control of illegal economies such as drug trafficking, Colombian President Ivan Duque told reporters on Monday.

At least 12 families have been displaced as a result on the violence, Camargo said.

“We are very worried about these clashes,” Juan Pappier, senior Americas researcher at HRW said. Pappier told CNN that they have received news that 24 people have been killed, along with reports of “kidnappings and forced displacement.”

Duque said that the Colombian army would deploy two battalions with helicopter and intelligence capabilities to restore calm in Arauca, adding that Defense Minister Diego Molano would also travel to the region on Monday evening.

On Monday, Duque said: “As you know, these groups have been operating freely in Venezuelan territory with the consent and protection of the dictatorial regime.”

The FARC and ELN began fighting each other in Arauca, which sits on the border with Venezuela, and in the neighboring Venezuelan state of Apure, in 2006. The fighting stopped in 2010, at which point at least 868 people had been killed and 58,000 people had been displaced, according to a 2020 HRW report.

Thousands of people fled Apure in March 2021 amid clashes between Colombian armed groups and the Venezuelan military.