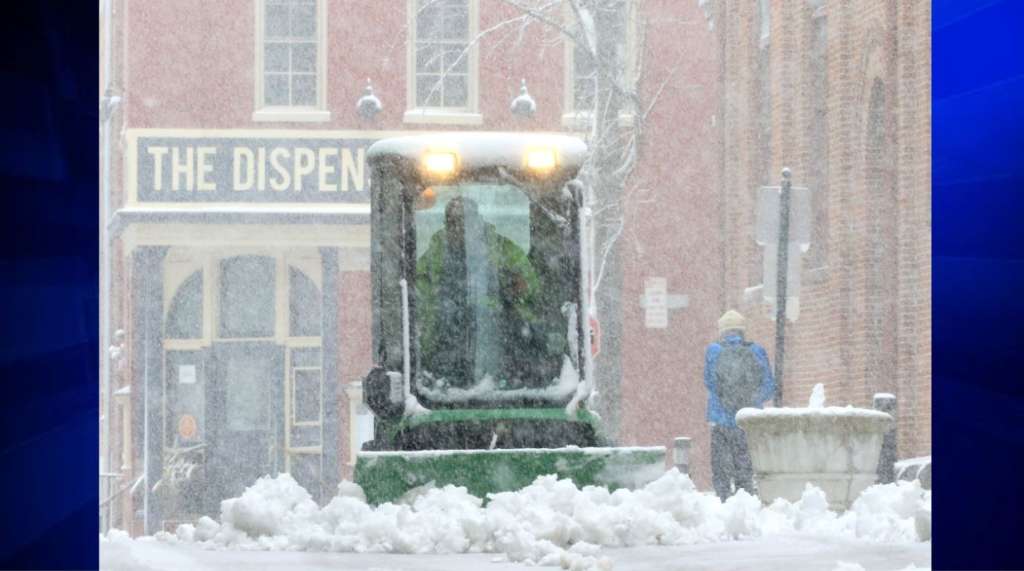 (CNN) — A winter storm will continue to deliver strong winds and blistering freezing temperatures as it exits the eastern region Sunday after dumping heavy snow across parts of New England.

More than 30 million people across mid-Atlantic and New England regions were under wind advisories early Sunday. In the South, more than 26 million were under a freeze warning as temperatures plummeted.

Record low temperatures are forecast for parts of Florida after the state was hit Saturday with treacherous thunderstorms and two tornadoes.

Meanwhile in Maine, a winter weather advisory is in effect for part of the state through 1 p.m. Sunday.

“Areas of blowing and drifting snow will reduce visibilities to less than a quarter mile at times,” the NWS in Caribou said. “Strong winds could cause tree damage,” forecasters warned.

The severe weather in Florida prompted Gov. Ron DeSantis to declare a state of emergency in Clay, Highlands, Marion and Putnam counties, where a cold front had brought “multiple severe weather hazards” across the northeastern and central parts of the state, he said. Heavy rain, thunderstorms, strong winds and isolated tornadoes resulted in damages and widespread power outages, the governor added.\

More than 40 locations across the southeast are expected to see record low temperatures Sunday morning, with many record lows forecast across areas of central and northern Florida that were hit hardest Saturday, forecasts show.

“This really gives an indication of how powerful the cold front was that moved through the region,” CNN Meteorologist Derek Van Dam said.

A freeze warning is in effect through Sunday morning for portions of Louisiana, Mississippi, Arkansas, Texas, Georgia, Alabama, Florida and South Carolina.

“Frost and freeze conditions will kill crops, other sensitive vegetation and possibly damage unprotected outdoor plumbing,” the weather service said in the warning.

March started warm in the Southeast, with many locations setting record highs in the 70s and 80s as recently as the past week. The warmth helped many trees, flowers and crops to begin to bloom.

Before the frigid temperatures settled in, the NWS confirmed two tornadoes touched down in Florida Saturday.

In Marion County, a tornado with maximum winds of 100 mph was detected in Ocala, where resident Hannah Laviolette posted a video on Twitter of the damage.

“My bed is next to my window and it started violently shaking so much so that I thought it was about to come flying off,” Laviolette said.

For a moment, she said she saw a funnel outside her window, and when she later went outside, a neighbor said their bedroom had been “ripped open.”

A weaker tornado in Fort Myers Beach was confirmed after a waterspout came ashore, the weather service said. The NWS is doing a survey and has not yet confirmed the intensity of the tornado.

Scott Wirth, the district chief of operations at Fort Myers Beach Fire Department, described the incident to CNN as a “minor event.” Wirth also said no damage was reported, and there were no calls to the fire department.